ANYONE who has ever wondered how the streets of Limerick got their names will have reason to thank the late Gerry Joyce, whose tell-all book gives the new and old names of the Treaty City’s streets as well as background information on their origins.

The book, published by Limerick Corporation in 1995, was intended to provide developers with a source of inspiration when naming new estates and housing developments but it is also a mine of information on how the city’s streets and lanes came to be named.

And the task wasn’t made any easier by the fact that almost 120 of the city’s streets and lanes underwent several changes in name over the years.

Many are named after historic events, local features, national heroes, old Limerick families and dignitaries as well as the city fathers and historical personalities involved in the building of the city.

The history behind some of the older street names may not be widely known and Gerry Joyce suggested that there are more than one story behind the naming of some of the streets.

Dominick Street is an example of a street named as a thank you to a generous benefactor or for service to the community . The street is named after the Dominicans who in 1815 were granted a lease for their present property from the Earl of Limerick. 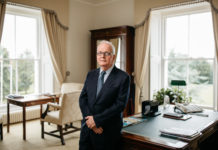 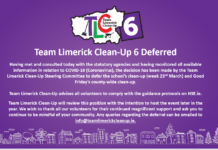