LIMERICK band Bleeding Heart Pigeons will appear on the new series of groundbreaking music series Other Voices on June 26. The band are still in their teens but have caused something of a stir on the blogosphere with their early demos on Soundcloud.com. Having only played a small number of live gigs so far, getting the coveted slot on Other Voices has been a coup for the band who received warm reviews for their performance.

Other Voices, Season 11 airs on RTÉ Two television on Wednesdays. This year show was recorded at three locations. The journey begins in its spiritual home The Church of St James in Dingle Co Kerry and travels north to The Glassworks in Derry/Londonderry and east to Wilton’s music hall in the heart of London. Over the next seven weeks, presenter Aidan Gillen will introduce one off performances, acoustic sessions and interviews including Laura Marling, Villagers, John Grant, The Unthanks, Paul Buchanan, Dexys, Neil Hannon, Beth Orton, Imelda May, platform rising stars The Strypes, Bleeding Heart Pigeons, Kodaline, Soak, Local Natives and introduce new artists, Katherine Philippa, Little Bear, Our Krypton Son, Walking on Cars, This is The Kit and Luluc. 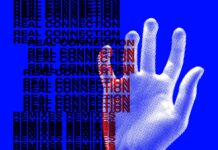