THE President of Mary Immaculate College to be Awarded Honorary Doctorate

Prof Michael A Hayes  is to be awarded an Honorary Doctorate of Humane Letters (L.H.D) from De Sales University, Pennsylvania, USA this weekend.

De Sales University is a private Catholic university situated in Center Valley, with a student population similar in size to MIC, and administered by the Oblates of St. Francis de Sales. During the ceremony, De Sales President, Father Bernard O’Connor, OSFS, will confer degrees upon 414 graduating students, including Prof Hayes.

Prof Hayes, who was appointed President of MIC in October 2011, is a priest of the Archdiocese of Southwark in South East England. Born in Limerick in 1957, his secondary education took place at St Munchin’s College Limerick. He went on to study at St Patrick’s Pontifical College in Maynooth, Ireland, before moving to the United Kingdom, where he lived and worked from 1980 to 2011 until his move back to Limerick. He was nominated by the Colleges of Education in Ireland to the Teaching Council of Ireland in April 2012.

Prof Hayes is an internationally respected academic in the field of pastoral theology and is particularly interested in the relationship between faith and praxis. He is also a qualified psychotherapist—having studied at the London Institute of Psychosynthesis. He holds a bachelor of divinity from the Pontifical University of Maynooth, a master of arts from the University of London, and a doctor of philosophy from the University of Surrey.

In addition to his duties with the Archdiocese of Southwark and as President of MIC, Prof. Hayes is the editor The Pastoral Review, an international journal published in London by The Tablet. 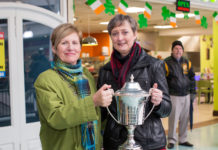 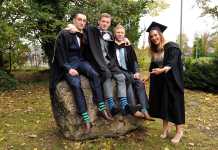