THE An Post Rás made its way through Limerick last week, taking in communities such as Doon, Cappamore, Patrickswell, Adare and Rathkeale.

The sole Limerick competitor in the eight-day cycle was Michael Storan, who has entered the Rás every year since 2007, completing the event six times out of seven.

In the absence of a county team from the Mid West, he rowed in with the Castlebar Fedaia Bikes team, finishing 77th in the Rás. Michael said that it was an achievement in itself just to complete the route.

“I was pretty pleased with my performance. It was a real high attrition race and of 185 who started out, only 129 finished. On the first day there was an average speed of 48.9km an hour and it was one of the fastest ever years of the Rás.

“It’s the hardest race I will do and I contested for a while in the front group in four of the eight stages. The other four were mountain stages and that’s where you see the gulf between the professional riders and the rest.”

Michael raced with the Castlebar team as the team with which he is affiliated, Planet Tri Racing, did not enter the Rás.

This owed to a variety of reasons, such as family and work commitments, leaving him as the only member of the Planet Tri team involved in the 2013 Rás.

Despite having several years of the race under his belt, he said that this year’s event was especially though, although he put his previous experience to good use.

He added that the organisation of the Rás allows for riders to focus solely on their cycling.

“You’re racing against top level riders and the speed and the pace of it is huge. You need a lot of luck because you can easily crash or get a puncture. It’s a tough week and it can be stressful at times.

“Having said that, we were looked after very well. We had a masseuse working on us in between stages and we have mechanics looking after our bikes.

“All I have to do is ride the bike. Once I finish a stage, I don’t see my bike again until the next day.

“I only do this once a year while the professionals do it every week so it is a bit of a jump, but I’ve been cycling since 1997 so I know what to expect.

“I paced myself so that I came good in the last three days. I hit those three days green and I had a strong finish.”

The An Post Rás received ample media attention throughout its eight-day duration and Michael believes that coverage of cycling has improved immensely in recent years. He is taking a well-earned rest after the Ras but he will not be idle for long.

“I’ve been racing every weekend since February and I’ll be back in action soon. My next big stage race is the Suir Valley 3-Day in August.” 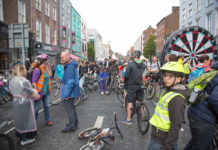 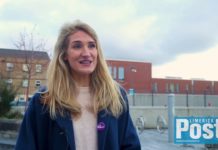