MUNSTER have been drawn with Perpignan, Edinburgh and Gloucester in Pool 6 of the 2013-14 Heineken Cup.

The draw was made on Wednesday afternoon, with Munster again classified as a top seed.

Rob Penney’s side don’t have to wait long to be reacquainted with Edinburgh, having also played the Scottish club in the 2012-13 pool stage.

Munster won both of their Heineken Cup games against Edinburgh last season, managing to keep the Scots scoreless in the Thomond Park encounter.

The other two teams the southern province will meet were both in Munster’s pool in the 2002-03 campaign.

Perpignan defeated Munster in France that year but the result was reversed in Limerick, while in 2006 the Top 14 club lost to Declan Kidney’s Munster in the quarter-finals at Lansdowne Road in what ultimately proved to be the breakthrough campaign for rugby fans in these parts.

The meeting with Gloucester will inevitably evoke memories of the 2003 ‘Miracle Match’ when Munster, needing a four-try, 27-point win to reach the quarter-finals, got exactly that on one of Thomond Park’s most famous afternoons.

Three-time winners Leinster got a difficult draw in Pool 1, where they will face Northampton, Ospreys and Castres.

Ulster will meet Leicester, Montpellier and Treviso in Pool 5, while in Pool 3 Connacht will take on Toulouse, Saracens and Zebre.

Holders Toulon are in Pool 2 alongside Cardiff Blues, Glasgow and Exeter. 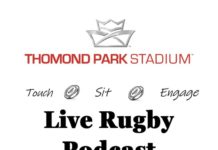 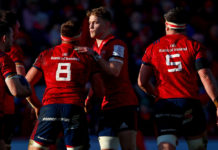 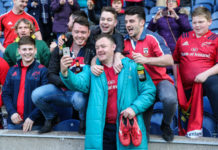