WITH Limerick facing Tipperary this Sunday 9 at 4pm in the Munster Senior Hurling Championship, this week I have put down some unique behaviours associated with this time of year. Hon Limerick.

Tea and sandwiches from the boot of a car.
Headbands wrapped around your wrist.
Wearing a jersey from ten years ago.
Sitting on the Sunday papers when it rains.
Reading the Sunday papers while someone else drives to the match.
Arguing over the selection of the minor/ junior team in the opener.
Looking at the club names of players from the other county and saying, “They were always dirty” or, “I wonder is he Paddy’s son?”
To bring a cap or not to bring a cap. (Always bring a cap)
Suncream? Yes, I have it. (You don’t really)
Mumbling through the last few lines of the National Anthem.
Opening the program at the centre pages, before rolling it into a tube.
Marking scores, wides and 45/ 65’s in the spaces provided.
Reading the program from cover to cover and pointing out mistakes.
Trying to remember the year ‘they’ knocked us out with ‘that’ goal.
Bringing your hurley and sliothar to the game.
Meeting a fella to pick up tickets.
Asking the touts how much for a ticket, even though you would never sell yours in a million years. (Always good to know though)
Warning the kids to ‘sip’ the Lemonade, as ‘that’s all’ they are getting.
Tea before you leave home, tea when you get there, tea before you leave the car park, tea when you get home.
Picking a totally different 15 from the one picked.
Shouting your head off as the teams parade around behind the band.
Shouting, “Put down that flag/ umbrellla.”
Shouting at the linesmen and umpires, who seem to be all blind.
That hair-raising feeling as your team take to the field.
Shouting “Put it up” as the ball sails over the bar.
Chanting “Lim-rick, Lim-rick” until you cannot see.
Beating the program off the back of the person in front of you.
Queuing for 20 minutes for a chocolate bar in 20 degree heat.
Shuffling your feet as you return from the shop laden down.
Arguing over how many wides there were in the first half.
“Take him off” is always shouted just before he scores from play.
Acting as a GAA/ Irish ambassador when you go to the game with someone who is not from Ireland.
Last of the ices?
The long walk to the car, in silence, after a defeat.
The slow rise in conversation as the radio reports do not mention that we were robbed.
Organising a place for a pint later.
Asking the steward where section 306 B is. No, B. Not D.
Covered or Uncovered stand.
Will the terrace be open?
“If we are winning well with 5 minutes to go, I’ll meet you at the car.”
“Sure, all belonging to him were useless.”
Being home in time for the Sunday Game.
Looking out for John 3:7
That roar as the ball is thrown in.
That roar as the win is sealed, from 70 yards out. 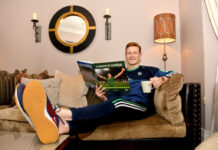 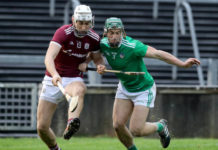 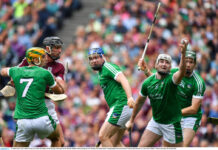 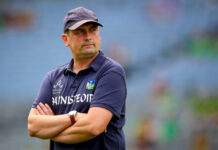