Guided village tours, concerts, genealogy workshops, a medieval banquet at Desmond Castle and a Victorian afternoon tea in the formal gardens at Adare Manor are just some of the events planned for the Adare Weekend of Welcomes festival beginning on Thursday 27th June which will see the entire village extend a welcome to people from near and far.

The festival programme was unveiled at a village information evening hosted by Adare Manor Hotel and Golf Resort and features a wide range of family-friendly cultural, musical and sporting events held over the weekend and beyond, with highlights including a medieval banquet taking place on the evening of Saturday 29th June at Desmond Castle – the first event of its type to be held within the castle’s walls for 400 years – and a magnificent Victorian afternoon tea party which will be held on Sunday 30th June in the formal gardens at Adare Manor.  Adare Manor will also be continuing with the theme as they host a Fourth of July barbecue the following Thursday.

The Adare Weekend of Welcomes, which has been created under the auspices of The Gathering, is the brainchild of Fitzgerald’s Woodlands House Hotel proprietor Mary Fitzgerald who first envisaged it as a small Fitzgerald clan gathering.  Such was the level of interest locally that it was decided to develop it into a much larger event involving the entire village. 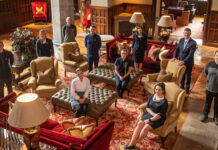 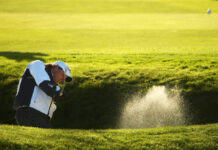