The third annual Jog For Jockeys charity fundraiser will consist of a 5km and 10km run staged at one venue – the Curragh Racecourse – on September 29th, followed by a full day of horse racing featuring the Group 2 Juddmonte Beresford Stakes. All monies raised will be donated to the Irish Injured Jockeys Fund.

Trading Leather Scores At The Curragh
Trading Leather looked to be the star at the Curragh on Sunday and he made no mistake in the featured Listed TRM Silver Stakes. Ridden by Kevin Manning, the son of Teofilo was sent to the front over two furlongs out and forged away gamely to score by 3½ lengths, stamping himself as a live contender for the Irish Derby. That completed a double for Bolger and Manning, as they had already won the opening Irish Stallion Farms European Breeders Fund Maiden with Freedom Square.

Oxx In Double Form At Navan
John Oxx was the man to follow at Navan on Saturday, completing a double that included the featured Irish Stallion Farms European Breeders Fund Race with Stepwise. While the race only attracted four runners, it produced a thrilling finish, with Declan McDonogh driving Stepwise to a neck victory in a three-way photo finish. Oxx completed his double 35 minutes later, with him saddling Rocktique to make a promising winning debut in the Irish Stallion Farms European Breeders Fund Fillies & Mares Maiden under Niall McCullagh.

Pale Mimosa Impresses At Leopardstown
The Dermot Weld-trained Pale Mimosa was the star attraction at Leopardstown on Friday evening and she didn’t disappoint in the Listed Seamus & Rosemary McGrath Memorial Saval Beg Stakes. The daughter of Singspiel was delivered to lead just over a furlong out by Pat Smullen and forged on to score by 2½ lengths. The other Listed race on the card was the King George V Cup and it was won by the Mick Halford-trained Dibayani, with the son of Shamardal swooping late to score by ¾-lenght under Declan McDonogh.

Bolger Doubles Up At Downpatrick
Enda Bolger took centre stage at Downpatrick on Friday evening, completing a double on the card. Bolger got off the mark in the Now Your Talking Handicap Hurdle, saddling Mount Sion to register a hard-fought ½-length victory under Niall ‘Slippers’ Madden. The Bolger brace was completed in the Catch Me If You Can Hunters Chase, with the Corky Carroll-ridden Keep On Track hitting the front after the penultimate fence and drawing away to score by five lengths.

Ted Dolly Prevails At Tipperary
The Pride Of Tipperary Gathering 27th June Handicap Hurdle was the most valuable contest on Thursday evening’s mixed card at Tipperary and it was the Eddie Hales-trained Ted Dolly that took the spoils. The nine-year-old was delivered with a well-timed challenge to lead on the run-in by Barry Geraghty and went on to score by ¾-length. The pick of the Flat action on the card was the Follow Tipperary On Facebook Handicap and it was the Sarah Dawson-trained Abstraction that prevailed by two lengths under Seamie Heffernan.

Wonderfully Prevails In Thrilling Finish At Fairyhouse
On an evening of thrilling finishes at Fairyhouse on Wednesday, arguably the pick of them all came in the featured Irish Stallion Farms EBF Fillies Maiden. Colour Blue looked home for all money inside the final furlong, but Queen Of Power and the Aidan O’Brien-trained Wonderfully swooped late and fast to force a three-way photo finish, with the last-named filly scoring by a short head. Ridden by Joseph O’Brien, the winner is a full-sister to the promising Mars and looks to be a very promising filly in her own right.

O’Brien’s In Charge At Naas
The powerful team of Aidan and Joseph O’Brien took centre stage at Naas on Monday, combining to win two of the three Listed races on the card. They opened their respective accounts in the Owenstown Stud Stakes with Reply stamping his class on his rivals by a margin of 2¼ lengths. Their lucrative doubles were completed in the Alfred Nobel Rochestown Stakes with the promising Stubbs running out the comfortable 1¾ lengths victor. The other Listed race on the card, the Coolmore Stud EBF Fillies’ Sprint Stakes, went the way of the Richard Fahey-trained, Pat Smullen-ridden Sandiva.

Mr Cracker Stars At Listowel
The Kevin Broderick Memorial Handicap Chase was the main event at Listowel on Monday and it was the Michael Hourigan-trained Mr Cracker that took the spoils. Ridden by Champion Jockey Davy Russell, the eight-year-old hit the front over the final fence and forged on gamely to score by 1½ lengths. The pick of the remainder of the action was the John J. Galvin Handicap Hurdle and it produced a surprise winner in the shape of the Davy Fitzgerald-trained Bangonform, with him scoring by a head at 25/1 under Danny Mullins.

Mossey Joe Impresses At Stratford
The W+S Recycling Stratford Foxhunters Champion Hunters’ Chase is one of the most prestigious hunters’ chases in the British racing calendar and last Friday’s renewal produced an impressive Irish-trained winner in the shape of Mossey Joe. Trained by Declan McNamara, the 10-year-old made all the running at a merciless pace and had the race won a long way out under Damien Skehan, though he had to survive a last-fence blunder on his way to a 20 lengths success. 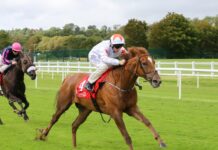 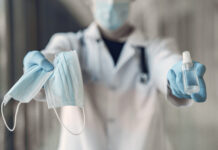 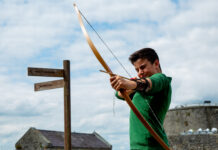