RUMOURS that a secondary school is to be developed in Mungret instead of a planned new school building for Colaiste Chiaráin in Croom have been laid to rest.

Parents of Colaiste students were concerned that plans for construction of a new €12 million school in Croom to cater for 1,000 students were being replaced with alternative plans to site the new school in Mungret instead.

But Fianna Fail councillor, James Collins, said that this is not the case. “There’s a huge need for new schools in both areas. We have had plans in place for a new secondary school and primary school for Dooradoyle and Mungret for a long time,” he told The Limerick Post.

The councillor was severely critical of delays in securing a site for the secondary and primary schools as well as a neighbourhood park.

“We got agreement that there was a need for the two schools and when we drew up the Southern Environs Local Area plan, we were asked to zone 25 acres for educational purposes.

“That was twelve months ago but there have been huge delays in purchasing the site and I put that squarely at the door of the officials of Limerick County Council. People have been dragging their feet. The concern is that by the time the site is found, in this climate the money might no longer be available”.

Cllr Collins said that the new school to serve Mungret “will not be at the expense of Croom”.

In March, the Board of Management of Colaiste Chiaráin lodged an application for the construction of a two storey, post primary school at Skagh, Croom. The new school is to be built on a greenfield site on the outskirts of the village near Caherass nursing home. 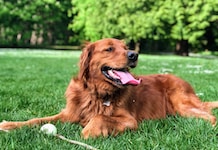