Children from host club Janesboro FC, Aisling Annacotty, Coonagh United and Regional United were involved in the event which was run jointly by McDonalds and the Football Association of Ireland (FAI).

The day consisted of a series of activities including shooting and kicking skills tests, speed ladders and soccer tennis, all designed to develop the skills of young players.

Janesboro hosted one of 25 Family Fun Days across the country as part of McDonald’s FAI Future Football, a new programme which will support the development of football at grassroots level in clubs throughout Ireland.

Participating clubs will benefit from free coach education, where up to 10 coaches from each club can participate in club support workshops, and clubs also have the opportunity to take part in the McDonald’s FAI Future Football Cup, with the finals being played at the Aviva Stadium on Tuesday October 15, when Ireland host Kazakhstan in the World Cup qualifiers. 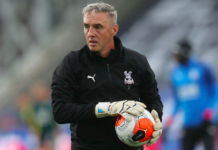