FAI FAS Limerick claimed the Bobby Smith Cup on penalties after a dramatic final against FAI FAS Carrigaline at Dalymount Park this weekend.

Limerick scored with one of their first threatening moves in the 10th minute. Dean O’Brien broke the Carrigaline offside trap and calmly slotted the ball past the advancing keeper Paul White via the post.

There were less than 20 minutes remaining when Alan O’Flynn headed home a Shane Spitere corner to equalise for Carrigaline, who then hit the front in the 82nd minute when substitute Stephen Mulryan fired home after clever build-up play from Kieran Kavanagh and Lazar Radulescu.

Limerick should real tenacity not to throw in the towel and they levelled in the 87th minute after O’Brien drilled home from the edge of the box to send the game into extra time.

Carrigaline edged ahead once more in the seventh minute of extra time when O’Flynn unleashed a thumping drive from the edge of the box. There was one final dramatic twist at the very end of extra time when a slip from Carrigaline goalkeeper White resulted in the ball evading him, forcing the match into penalties.

Limerick keeper Barry Lynch, normally an outfield player, saved from Colin Harte and O’Flynn while Limerick’s Dermot Fitzgerald hit an upright before Lee Kelly claimed the win 4-3 on spot-kicks for Limerick with an emphatic finish. 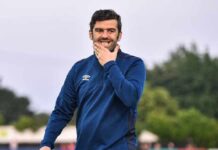 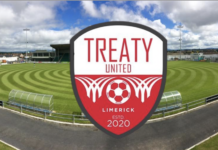