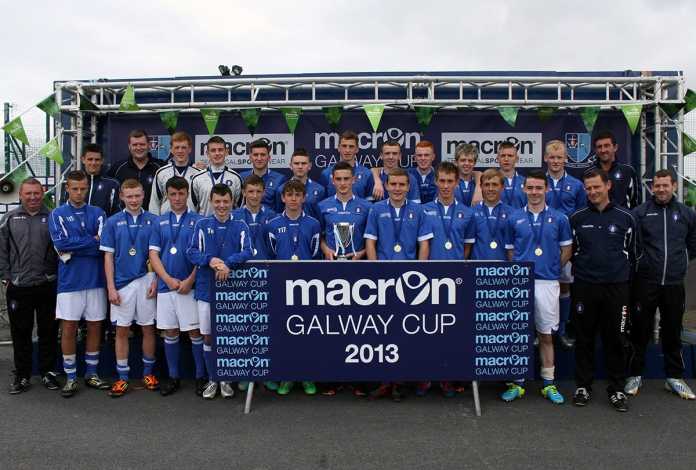 Declan Farmer’s side defeated Salthill Devon 3-1 in the semi-finals on Saturday evening before a 3-0 win over Cork City on Sunday afternoon secured the trophy.

Limerick took an early lead against Salthill through captain Tony Whitehead’s penalty but the Galway side responded quickly. Kieran Hanlon then put Limerick 2-1 up in the 15th minute in a frenetic opening to the game. The Shannonsiders controlled most of the match and a late goal from substitute Gavin Dillon made sure of the victory.

Limerick again got off to a bright start in the final against Cork City, Cian O’Donaghue’s wonder strike on 11 minutes opening the scoring. A lively first half ended 1-0 and Limerick then took control of the match after half-time. In the 70th minute Nathan Kelly finished to the net to double the lead and Kieran Hanlon later struck to put the result beyond doubt.

Winning manager Declan Farmer said afterwards: “It was a great weekend and learning curve for the under 19s as a squad of players coming together in a winning environment and all the staff too. All the lads applied themselves to programme we had for the weekend. I would like to thank all the staff we had for the weekend – Eddie Hickey coming up Saturday working with goalkeepers from the first team, Darren Nolan our sport scientist/strength conditioning coach, Joe Sweeney our physio and lastly, for the experience, our two schoolboy coaches who we introduced for the weekend, John Grehan and Shane Ryan.”