Home News Something wobbly in the lake

A COLONY of a species of freshwater jellyfish that originates on the Yangtze River in China has been recorded in Lough Derg marking the first time that the creature has been spotted in Ireland.

Inland Fisheries Ireland (IFI) identified the jellyfish as a species called ‘Craspedacusta sowerbii’ after they were alerted to the discovery by angler Pat Joyce from Castleconnell.

According to the IFI, Mr Joyce “nearly fell off his fishing stand” when he spotted one of the creatures in the water in early August.

Two weeks later, Mr Joyce contacted the the Environment Protection Agency (EPA) after spotting hundreds of tiny jellyfish moving on and below the surface while fishing for bream in Scarriff Harbour.

Staff from the Clare region of IFI’s Shannon River Basin District then sped to the scene and collected up to 20 live specimens.

A site visit conducted by a team of experts revealed small numbers of the jellyfish at Scarriff Harbour and also recorded specimens at Rossmore Harbour and Dromineer.

The jellyfish is about the size of a euro coin and is more or less transparent with a distinctive white/greenish cross and a white or cream circular outline.

It possesses in the region of 250 to 300 small tentacles but these are not harmful to humans.

The discovery of the jellyfish is believed to be linked with the higher-than-average temperatures seen in Ireland this summer.

According to the IFI, the jellyfish may have been introduced to the region through boats and cruisers that were imported from abroad without having to prove that they were cleaned and disinfected before leaving their country of origin. 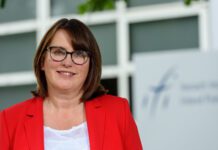 Funding of up to €1m available for fisheries conservation