LIMERICK has a reputation as a sporting city and county, and while the feats of the county’s GAA teams, Limerick FC and Munster Rugby are well documented, many Limerick ladies have also been successful in the sporting spotlight.

UL Bohs’ ladies’ side won national silverware nine times in 11 years and, nearby, UL ladies’ rugby has dominated the league and intervarsity competitions since the turn of the century.

The Huskies jointly hold the record for most league titles with six and have won the national cup five times. Also, no other women’s basketball team has won more league and cup doubles.

UL ladies’ soccer won four national league and cup doubles in a row from 2008 to 2011 and has produced Ireland internationals in Karen Duggan and Julie Ann Russell.

Another representative of the Ireland ladies’ soccer team is Yvonne Tracy, brother of Limerick FC’s Shane Tracy, who plays in England with Arsenal, one of the top female clubs in Europe.

In GAA, Limerick’s camogie side narrowly lost out to Galway in the All-Ireland intermediate decider at Croke Park this year. Also in 2013, Ballybricken’s Rebecca Barry was nominated for the ESPY Best Play award for her spectacular goal for University of Richmond’s hockey team. She was the only girl to be shortlisted for the prize and her fellow nominees included Michael Phelps and Zlatan Ibrahimovic.

Ahane athlete Sarah Lavin has enjoyed a very successful 2013, declaring her personal highlight to be the silver medal she won at the European Junior Championships in Rieti, Italy.

In that landmark race she set a record time for a junior Irish athlete and she elevated to fifth in the world rankings on the back of the silver medal finish. She is due to graduate into senior competition in the near future.

St Michael’s Rowing Club can boast a member who has competed at the Olympic Games, albeit in a different code. Donegal-born Sinead Jennings is a world champion rower and she is aiming to compete at the 2016 Olympics in Rio de Janeiro in the sport. She was at the 2008 Games in Beijing as a member of the Irish cycling team.

Limerick even has a high-profile female competitor in the field of cage fighting. Catherine Costigan, co-owner of Pankration Kickboxing Academy, is preparing to make her debut in the Cage Warriors competition and her primary aim is to enter the lucrative UFC circuit. What makes her success in the cage all the more remarkable is that she was out of action for almost two years because of neck fusion surgery.

They might not be as well known universally as Paul O’Connell, Steve Finnan or Andy Lee, but these Limerick sporting ladies, and many more across the county, are just as worthy of recognition. 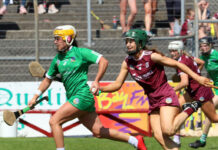 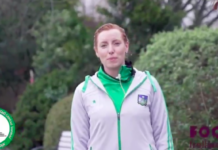 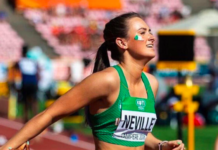