AN ACTRESS with Limerick theatre company Bottom Dog Theatre saw her work recognised with a nomination for a prestigious national award this week.

Joanne Ryan was shortlisted for the leading actress category in the Irish Times Theatre Awards for her performance in the title role in ‘What Happened Bridgie Cleary’, which Bottom Dog Theatre ran for 11 nights last autumn.

Producer Liam O’Brien described the nomination as “a huge honour and testament to Joanne’s talent”, as well as giving credit to everyone involved in the production.

He said: “This is great news for Joanne and for the company. We put a lot of work into it and the judges came down to see it, so it’s great to get that recognition.

“It was up to me as the producer to go after the judges and it was hard to get them down to Limerick. I had been in contact with them but I had no feedback from them after their visit, although I knew we were being considered seeing as they were there.

“We had a cast of three and a creative team of nine involved. It was a real team effort and we didn’t have a huge budget. In fact, we had a fairly small budget.”

Bottom Dog Theatre’s adaptation of ‘What Happened Bridgie Cleary’ received funding from Limerick Arts Encounter and it was staged for an 11-show run last October at the Victoria Snooker Club in Hartstonge Street. It was directed by John Murphy and, along with Ms Ryan, starred Pius McGrath and Myles Breen.

It is based on the true story of Bridgie Cleary, a Tipperary woman who was murdered by her husband in 1895 after he believed that she had been abducted by fairies with a changeling left in her place. 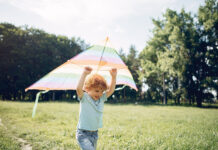