WONDERFUL for the swelling ranks of Limerick Choral Union (LCU) to arrive at the 50th anniversary of the company; disappointing that their City of  Culture application was denied funding.

Still, their principal focus for 2014 is “the old and the new” and Mayor Kathleen Leddin honoured members with a City Hall reception on Wednesday 22.  Congratulating the union on staying whole since 1964, she applauded their “sterling work for the arts” and paid special tribute to the musical director of 17 years, Malcolm Geen on leading “such a complete group that has the voices, has the music”.

Limerick Choral Union Orchestra is a professional assembly of c.36 musicians who will be drawn on for Easter and November concerts by this oratorio choir at UCH.

Malcolm spoke to Limerick Post of their Good Friday celebration in the concert hall of ‘spirestone’, a work dedicated to Limerick and commissioned by LCU. Poring through the score we hear that “Fiona Linnane did the ‘spirestone’ music, text is by Mary Coll for this work for SATB – that’s soprano, alto, tenor, bass and the instrument is piano”.

It references much that is Limerick – rugby, the Shannon, churches, bridges and “Limerick’s motto, ‘Urbs antiqua fuit studiisque asperrima belli’, which means ‘an ancient city studied in the arts of war’.

This is an eight-minute work for Limerick Choral Union which will have its world premier on April 18 at the concert hall. (All present at the Mayor’s golden anniversary party for them were treated to performance, sans orchestra to oblige this riverfront office)

Malcolm outlines the two other works for Good Friday airing – Mozart’s ‘Requiem’ and a beautiful piece by Verdi, ‘Stabat Mater’.

Emerging from the burgundy twill gowns at City Hall, chairwoman Edel Brown mentions that the Requiem “brings us back to when we were formed in 1964, a choir put together to sing Mozart for Radio Eireann”.

Membership remains open for now with the requirement to rehearse at least weekly on Wednesday nights. Contact [email protected] for audition.

Be in touch also if you could be a sponsoring knight to this unfunded, ambassadorial choir and orchestra whose oratorial standards rate internationally. Old meeting new partners in divine harmony? 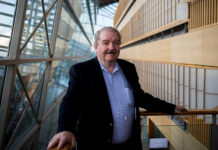 Kevin’s journey from special branch to the political heartland 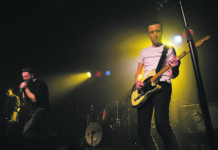 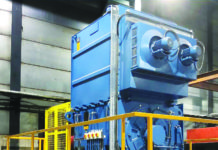 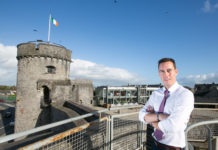 Niall is putting the shine on top visitor attractions 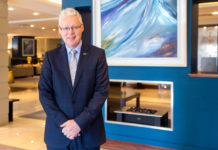 City and Soul: Brian’s ‘straight ahead’ view of Shannonside hospitality 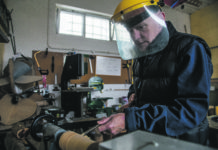 A shed-load of great ideas in Shannon