Gardai have thanked all members of the public involved.

A THREE year old girl, missing from her home, is understood to be in the company of her mother but Gardai are seeking the assistance of the public in tracing their whereabouts.

Saoirse Carr is missing from her home at Holburn Hill, Belturbet, Co. Cavan and is now the subject of the child rescue alert Ireland system.

It is believed that Saoirse is in the company of her mother, Rachel Mc Donald Carr, 45 years, of Holburn Hill, Belturbet, Co Cavan.

They were last seen at approximately 12.30 p.m. this Sunday February 16 at their home.

Rachel McDonald is described as 5ft 7, of broad build with brown hair and brown eyes.

It is believed Rachel and Saoirse are travelling in a blue MG registered number 02 D 13074.

Anyone with information is urged to call 999 or 112 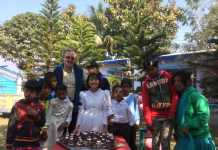 Limerick college volunteers will fan Flame of Hope in India 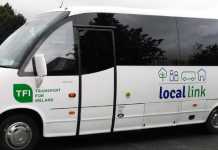