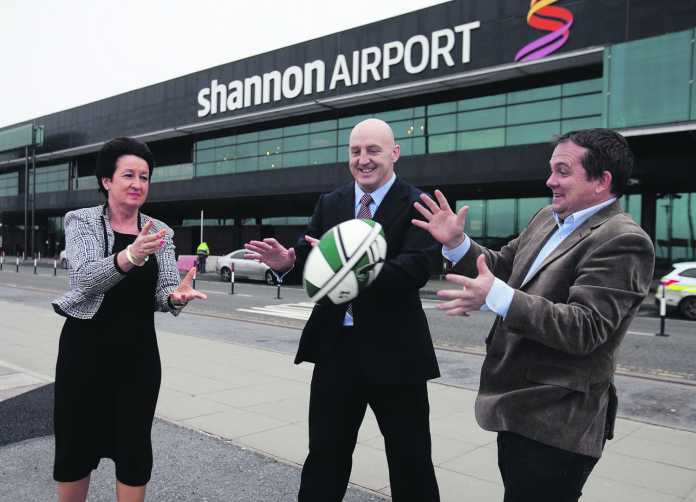 THE Mid West region has the potential to become the sports tourism capital of Europe just as Dublin has become a digital capital for big names such as Facebook, LinkedIn and Google.

That’s according to Ger Holliday, partner at BDO Limerick, who are business advisors to the inaugural European Sport Tourism Summit, which takes place in Thomond Park on Thursday May 15.

According to Mr Holliday, “It’s a meeting of the best international sporting minds with a view to positioning the Mid West as a centre of excellence for sport tourism.  We should gravitate to it naturally given our long history and success in the sporting arena

“Limerick is known as a leader in sport education, for its experience in hosting major sporting events and even for nurturing sporting talent so why can’t we lead out on sport tourism?”

Limerick was chosen as the host city for the event by W2 Consulting, for whom former Ireland rugby international Keith Wood is a director.

He believes that the €800 million sport tourism sector in Ireland can be a multiple of that if it is approached in a more strategic and coherent manner.

“We will be working with BDO in developing a fully integrated sport tourism offering bringing all respective industry knowledge together to deliver a strong service alliance.”

Mr Wood is also getting behind ConnectIreland, an initiative which aims to attract foreign companies that are expanding internationally to Ireland through ordinary people.

He said of the initiative: “I love the idea of ConnectIreland. It is an Irish way of doing things. We all know someone, have friends or family who have lived abroad or moved abroad and we have met people abroad. We are all well able to talk and recommend that they come over our way and set up jobs in Ireland. It is a really cool idea.”

He has teamed up with another well-known sporting figure, Clare hurling manager Davy Fitzgerald, as a ConnectIreland ambassador.

The All-Star goalkeeper is calling on all sectors to play their part in selling Ireland to foreign companies expanding into Europe, saying: “We are going through tough times. We need to use what we have. We need to tap into the people around the world who are connected to Ireland, who have Irish backgrounds.

“We have smart people here. We have educated people here and we need as many of these as possible to stay here.”