A LOCAL election candidate for Limerick City North has used the media to challenge Minister Jan O’Sullivan to a debating duel over the issue of youth unemployment.

Anti Austerity Alliance candidate Cian Prendiville was taking part in the Leviathan event in Dolan’s last Friday as part of the Limerick Spring Festival of politics and ideas when he was heckled by Deputy O’Sullivan.

Speaking about youth unemployment at the time, Mr Prendiville said he was shocked by an outburst from the Minister of Housing and Planning.

In an open letter to Minister O’Sullivan, which was sent to the Limerick Post, the AAA candidate commented, “I must say, I was taken aback that when I was introducing myself, and explaining that I was unemployed like two thirds of young men in this city, you heckled from the crowd that the rate of unemployment as only 50 per cent.”

“I was shocked for two reasons. One is that you were wrong. While the general rate of youth unemployment is said to be around 50 per cent, there have been numerous reports that for men under the age of 25, such as myself, the rate is higher; two-thirds.

Secondly, I hardly think the general 50 per cent youth unemployment is something a Minister should be, literally, shouting from rafters,” said the young election hopeful.

He is now inviting Minister O’Sullivan to to name a time and place to debate these issues in a public setting.

“I have copied my letter to local media, who may be interested in covering or hosting such a debate,” said the duelling Mr Prendiville in his letter to the Labour Minister.

In response, Minister O’Sullivan stated that she would “relish” a debate among elected representatives in the Limerick region about job creation, investment and tackling unemployment.

“Significant progress is being made and recent announcements regarding the expansion of routes at Shannon Airport, the securing of 270 new jobs at Ethicon Biosurgery this week and the proposed investment by Regeneron are proof of this.

Over the past year, the live register figure for Limerick City has decreased by nearly nine per cent,” said Minister O’Sullivan.

She described Mr Prendiville’s invitation as “little more than a publicity stunt for his own narrow political purposes”. 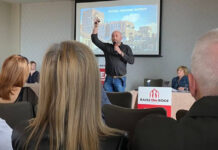 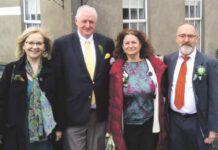 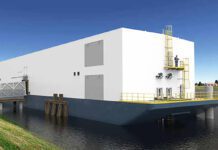 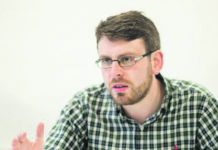