ARCHAEOLOGISTS, historians and academics from across Ireland gathered in Kilmallock, Co Limerick last weekend for a hugely successful conference re-imagining what Ireland’s urban areas may have looked like during the 16th century.

Organised by Limerick City & County Council and funded by Limerick City of Culture and the Irish Walled Towns Network, the conference examined strands of 16th century Ireland by focusing on the County Limerick town’s fortifications; the role of the merchant classes, and the function, design, origins and influences of its domestic buildings.

“We had people attending from all over Ireland and received a super amount of positive feedback after the conference,” according to Sarah McCutcheon, Executive Archaeologist.

“Kilmallock is one of Ireland’s most intact Walled Towns and was an ideal case study for an examination of 16th century Ireland. Throughout the conference we established the historic background and set the scene for this period.

Kilmallock’s town walls, 70 per cent of which remain standing today, led it to becoming one of the most strategically important towns in Ireland resulting in its direct involvement in almost every Irish conflict since medieval times. Hundreds of metres of the town’s medieval walls have been restored since the Kilmallock Town Walls Conservation & Management Plan and Kilmallock Walled Town Public Realm Plan in 2009. 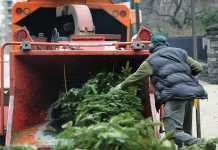