LIMERICK-based appointment management company YellowSchedule is set to benefit from €600,000 in investment from Angel Investors and Enterprise Ireland.

The company, which is based at the Nexus Innovation Centre in UL, announced their seed round of €600,000 from Angel investors Sean and Jenny Riddell, CEO and Marketing Manager respectively with UK healthcare software provider EMIS.

Martina Skelly, CEO and co-founder of YellowSchedule, believes that the company is well matched with Angel Investors, adding that the investment will speed up her business’ growth prospects.

She said that the investors “bring a huge amount of credibility, connections and expertise in the software sector, so we felt that they were a really good match for us.

“Once they saw the product and other scheduling solutions, they really liked what we had done and how we had achieved it, so the investment came about quite naturally.

“We realised that we have a very strong, proven product and we wanted to raise the money to accelerate its growth. We wanted to expand the team quicker and accelerate the traction in acquiring customers and we need funding to enable us to do that.”

YellowSchedule enables businesses to manage their appointments to ensure that time slots are not left empty and allows customers to book an appointment from the comfort of their own home. It has customers in 38 countries and more than 300,000 appointments have been made through its system.

Martina said that the €600,000 investment has allowed the company to expand in areas such as app development, with the number of employees involved in this sector increasing from one to four as a result.

Andrea Deverell, CEO of the Nexus Innovation Centre, said that the investment is just reward for the work that Martina has done in the last three years. She added that the centre is bucking the trend in terms of the proportion of female entrepreneurs based in Nexus.

“We’re really proud of Martina and her brother Michael [also YellowSchedule co-founder]. They’ve worked really hard over the last while and they really deserve it. They have learned a tremendous amount about how to do business in the US and that’s a huge benefit for the centre as well.

“Out of the 37 companies [in Nexus] we have seven female founding entrepreneurs, which is quite a bit ahead of the national statistics which suggest there are lower levels of females engaging in entrepreneurship.

“It’s really nice to see that Enterprise Ireland has awarded HPSU status to two of our female entrepreneurs, to see the investment coming in to their businesses, to see them grow new recruits and take in new students from UL and the Limerick region to work in these businesses. It’s an exciting time to be part of Nexus.” 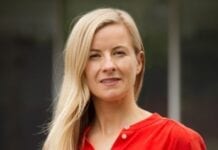 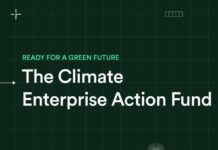