LIMERICK FC manager Stuart Taylor cut a very contented figure when discussing the club’s first half of the 2014 season, with the Super Blues in the top half of the SSE Airtricity League Premier Division at the mid-season break.

Last Friday’s 2-1 victory at home to UCD made it three league wins in a row for Limerick, who are currently sixth in the table, and it was the ideal response to the previous week’s anti-climactic FAI Cup exit at the hands of Bohemians.

Sixth place may have seemed a long way off just a few short weeks ago after a difficult start to the campaign, one which has been ravaged by injuries to key players, but Limerick’s recent rapid improvement has clearly delighted Taylor.

“We’re only two points behind Sligo, a very big club and a very successful one in recent times. We’re not far behind where we’d like to be and if you gave me sixth place halfway through the season at the stat of the year I’d have definitely taken it.

“After everything we’ve gone through with players being injured, I’d have certainly taken sixth place now. We’ve had games where we deserved results that we didn’t get, so we’re doing the right things and we’ll keep going.”

Taylor did not attempt to dress up Limerick’s sorry display in the aforementioned cup match against Bohemians, after which he called on his players to respond quickly. They did just that against UCD, with the Glaswegian manager dedicating the victory to Limerick FC’s recently deceased kitman John Collins.

“After the Bohemians game the players had a chat amongst themselves. They were disappointed with that performance and they wanted to make amends and I could see that.

“We’re back on a good run and we had good numbers through the gates for the game. We want to dedicate the win to John Collins after attending his funeral earlier in the week, so all credit to the players.

“It’s been great so far. We’ve gone about things the right way and done the right things. We had a little blip against Bohs but the boys wanted to make amends and they did that. I enjoyed Friday night’s game. As a management team we sat back and enjoyed watching it, and it’s not often you can do that.”

Limerick’s walking wounded can now rest up for a few days before returning to action away to Cork City on Friday June 27. With the Super Blues’ interest now exclusively on league matters, Taylor is optimistic that they can maintain their impressive form throughout the remainder of the summer.

“We’ve had a lot of injuries but, with the type of characters the players are, they always do it for the club. They’re willing to play through the pain barrier and we struggled to put bodies on the pitch against Bohemians. We had three players not fully fit who played in that game, so hopefully this break has come at the right time for them to recover.

“They’ve been given a programme over the break and we want to hit the ground running when we come back. We’ll be switched on and it’s been good so far. We’re disappointed to be out of the cup but the league is our bread and butter. The cup is only a bonus and that’s always the way. I don’t want to do a Wigan where we win the cup and get relegated.” 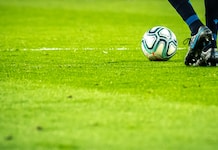 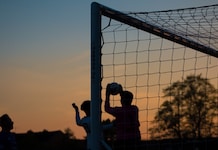 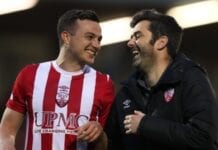 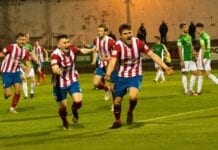 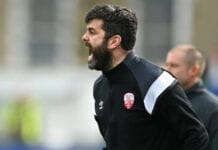 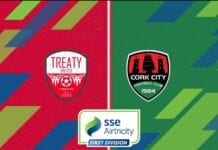