BRIAN Ború’s 10th century invasion of the monastic settlement of Scattery Island and the subsequent killing of the Viking King of Limerick and his two sons will be re-enacted in County Clare later this month.

The re-enactment of the raid by Brian Ború’s and his Dal Cais army will be the main event of the upcoming Scattery Island Festival, running from July 26 to 27.The festival features guided walks,lectures,music and song and marine activities celebrating the island’s association with the Vikings,Brian Boru,the Spanish Armada and later as a defence outpost for the British.

The re-enactment is part of the national Brian Ború Programme and coincides with the millennial anniversary of Boru’s death at the Battle of Clontarf in 2014.

Rita Mc Carthy of the Scattery Island Heritage & Tourism Group said that the re-enactment will be the focal point of this year’s Festival,the theme of which is ‘Invade Scattery’.

Also taking place over the course of the weekend is a Ceremony of Remembrance for past inhabitants of the Island. Ms.Mc Carthy said “We are inviting former island inhabitants and anyone with a connection with Scattery or indeed, its rich history to join us on the weekend of July 26-27th”. 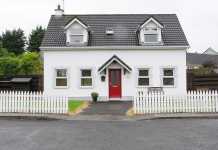 What’s in a name?

Public to have their say in renaming of city landmarks