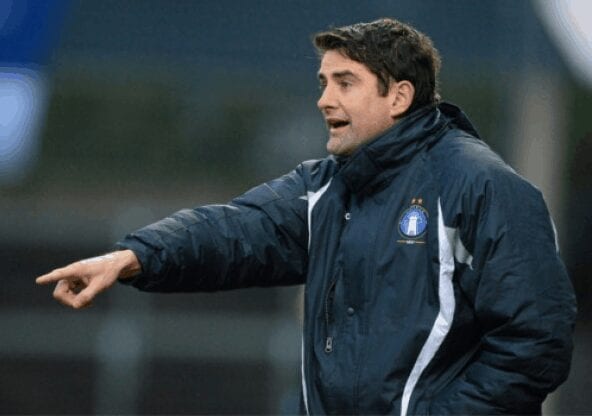 LIMERICK FC announced this evening that manager Stuart Taylor has left the club with immediate effect.

The Glaswegian was appointed as manager in January 2013 and leaves Limerick with the club in eighth place in the SSE Airtricity League Premier Division, having guided the Super Blues to a seventh-place finish last year in Limerick’s first top flight season since 1994.

Taylor paid tribute to his backroom team at Limerick and said that “the time is right” for him to step down as the club’s manager.

He told LimerickFC.ie: “I have really enjoyed my time as manager of Limerick FC and I am very proud of the progress made and what has been achieved by the club over the last 18 months. I do now, however, feel that the time is right for me to step away from the club.

“I would like to thank club officials for the continued support they have given me throughout my time here as manager. Their determination along with the commitment of loyal supporters and local clubs have played a significant role in the progress made by Limerick FC I want to also acknowledge the huge effort given by my players and backroom staff since my arrival at the club and I wish all connected with Limerick FC the best for the future.”

Limerick FC chairman Pat O’Sullivan praised Taylor for his work with the club during his 18-month tenure and stated that the Scotsman’s departure is mutually beneficial.

He said: “I’d like to offer our sincere thanks to Stuart for his professionalism, energy and personal commitment to the club during his time here. Having spoken to Stuart repeatedly in recent days, this decision is the best for both parties. We wish Stuart all the very best in his future career and are confident that someone with his skills and experience will be quickly snapped up.”

Tommy Barrett, head of youth development at Limerick FC, will join the senior management team for the away fixture against Athlone Town on Friday evening.