THE white tail sea eagle viewing and information point on the shores of Lough Derg has become a tourist hotspot, attracting more than 2,500 visitors since its official opening three weeks ago.

Located at Mountshannon Pier and funded by Clare County Council, the viewing point provides high powered telescopes and a range of information about Ireland’s largest breeding birds. The facility will remain open until the end of September.

Denis Minogue of the Mountshannon Eagle Group said they were welcoming an average of 130 people to the viewing point every day during the opening week, rising to around 150 to 200 people a day since then. He said that this which underlined the significant public interest in the birds.

The Mountshannon breeding pair, a six-year-old male and five-year-old female, were originally collected as chicks on the island of Frøya off the west coast of Norway by the Golden Eagle Trust. The birds were released in Killarney Park before relocating to Lough Derg in 2011.

The pair, named Saorise and Caimin, created history in 2013 when they reared the first chicks to fly from a nest in Ireland in 110 years. The pair successfully hatched another chick in late April of this year. 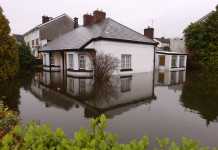 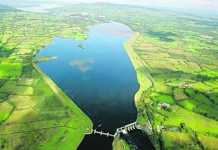 Battle of the bbq