LIMERICK will have significant representation among the Irish delegation flying to Poland next month for the European Transplant & Dialysis Sports Championships, a showcase of sporting endeavour and the value of organ donation.

Richard Costello from Limerick city, Clarina’s John Loftus, Bruff man Thomas Doherty and Madeline Donaghy from Knocklong are among 34 Irish athletes competing in the event in Krakow from August 16 to 23. They are joined by Eoghan O’Neill, originally from Newmarket-on-Fergus and now living in Limerick, and Parteen’s Mary Sheehan, while Irish team doctor Yvonne Ryan hails from Ballyneety.

Quite a few of the Limerick contingent already have a rich sporting background. Richard is a former Ireland rugby international, Mary is a national table tennis champion and John currently works as commercial manager for Limerick GAA.

John is also a multiple gold medal winner at the European transplant event and, having missed last year’s championships due to work commitments, he is keen to add another gold to his collection.

“I’m always delighted with any opportunity to promote the importance of donor awareness and, from my own point of view, it’s tremendous to be back. I will be attempting to hold on to my title of 100m gold medal for the fourth European Championships in a row. That’s something to aim at.”

John was instrumental in getting other Limerick athletes on board for this year’s event and he outlined what they can expect from the Krakow adventure in August.

“From their point of view, the important thing is to go out and enjoy themselves. There’s a huge social element to this because they meet people who are like themselves.

“Nobody wished for this to happen, so the very fact that they are going ahead and doing this is their first step. The positivity of the games is a huge factor. You’re meeting people who could have chosen to be sick or to opt out and mind themselves, but this is a celebration of health.

“The ensuing publicity from these games is such that the message of the importance of transplantation is hugely highlighted. I feel I owe it to the person who lost their life so that I gained mine. I owe it to that person for as long as I’m able to continue to do what I’m doing and to promote the whole cause of organ donation and donor awareness.” 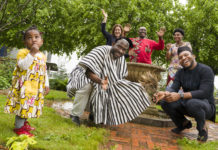