HUNDREDS of Limerick families across the city are living in dread of lead contamination in their water supply and want Irish Water to carry out immediate tests after the company confirmed there are backyard lead pipes.

Sinn Fein councillor Maurice Quinlivan has called for the water utility company to carry out urgent tests for lead contamination in the public water supply in St Mary’s Park, Kileely and Ballinacurra Weston.

According to the City North councillor, he has been contacted by a significant number of people across the city looking for reassurance following the recent discovery of high levels of lead in public water supply in Ballynanty.

Irish Water last week brought forward its planned upgrade of the water system in Ballynanty following the discovery and residents can now only use their water supply for sanitary purposes such as flushing toilets, bathing or washing clothes. The Council is currently providing public taps in the area each day for drinking water.

Cllr Quinlivan told the Limerick Post that residents in the St Mary’s Park, Kileely and Ballinacurra Weston areas of the city are now concerned about their water supply and want the lead piping in their water systems to be replaced.

“If people’s water supplies are suspect then we need to find out sooner rather than later and start taking appropriate action,” Cllr Quinlivan insists.

“Following Irish Water being forced to finally admit that Ballynanty water is unsafe there is now widespread concern among residents across the city concerning the safety of their own water,” he said.

Quinlivan wants Irish Water to make public the results of their testing in other areas and publish the timescale of a program of works to make all the city’s water safe.

“The silence from Irish Water concerning risks to other areas has been deafening. Clearly the Ballynanty water situation is a major public health issue. Therefore I am calling on Irish Water to redeploy those currently engaged installing water meters and use them instead for a program of replacing the lead piping.

“The public are incensed, rightly in my opinion, at the prospect of receiving demands for water tax at a time when their water is unfit for human consumption,” he concluded.

“There are some very old backyard services, which is the case in Ballynanty, and Irish Water has a programme for replacing such services. Works in this regards has already commenced in Ballynanty,” she revealed.

According to Irish Water, most instances of lead in drinking water are as a result of lead pipes within a property, which they say are the responsibility of the home owners.

“Irish Water has a proactive programme of water sampling and will take over 250,000 samples throughout Ireland this year. Additional sampling is continuing in the Ballynanty area and on foot of this, Irish Water and Limerick City and County Council, in consultation with the  HSE and the EPA, will determine the best course of action to address any issues that may arise. The Local Authority, working on behalf of Irish Water, is issuing communications directly to any affected households.” 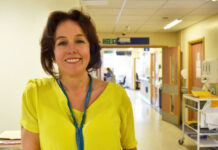