LIMERICK City and County Council are to lease office space at Lissanalta House in Dooradoyle to Irish Water for a 10-year period.

However, the new Council tenants were already in the firing line this week over claims of causing disruption to traffic and wasting water in City West.

Fianna Fail councillor James Collins claimed that a water mains between the Crescent Shopping Centre and Lissanalta House on Dooradoyle Road breaks frequently. In fact, crews were working on repairing the mains as Cllr Colllins spoke at County Hall this Monday.

“If they looked out the window they would see the water pouring down the street outside their office”.

“Maybe Irish Water would fix this problem. Reducing the water pressure is not a solution and is causing other problems,” he added.

According to the lease agreement, the 4,450 square feet office space on the first floor of Lissanalta House is to be disposed of to Irish Water for a duration of 10 years. The rent payable is €55,625 per annum with Irish Water also contracted to contribute to the overall service charge and insurance costs for the building.

However, independent councillor for City North, John Gilligan was against a lease of 10 years. He proposed the agreement should be reviewed every 12 months.

Cathaoirleach of Limerick City and County Council, Cllr Kevin Sheahan also commented that it is very hard to get tenants at the moment. 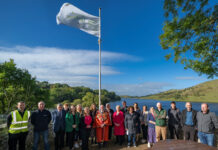 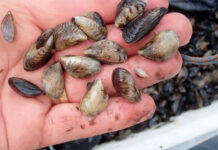