Home News “Lives being lost” through lack of screening

LIMERICK Fianna Fáil TD Niall Collins has warned that lives are being lost because of the Government’s failure to extend the BreastCheck cancer screening programme to women aged 65 to 69.

The 2011 programme for government had pledged to extend the programme in 2014, but so far no additional funding has been allocated.

“BreastCheck is an essential programme in the battle against cancer. For every 500 women who are screened, one life will be saved. The service has been extremely successful since it was introduced here and has proved to be a vital tool in cancer detection,” commented Deputy Collins.

He said that more than 40,000 women who had been promised mammograms under the screening programme are now losing out, and that “as many as 80 lives could be lost every year as a result”.

“These women will be forced to wait at least another year before they will be granted access to this life-saving programme, and even then, it is dependent on it being included in the 2015 health budget. Many women who were in this age bracket when the promise on the extension was made will never be entitled to a free mammogram under the BreastCheck programme. This is an appalling indictment of the Government’s priorities,” added Deputy Collins.

Breast cancer is the most common cancer in women in Ireland, with more than 2,700 women between the ages of 50 and 64 diagnosed every year.  Women aged between 65 and 69 have a one in ten chance of getting breast cancer but are not being screened.

Deputy Collins concluded: “I will be supporting the Irish Cancer Society’s petition demanding the extension of this life-saving programme in 2015 and will continue to put pressure on the Health Minister to ensure that these demands are met.”

EU agreement a positive outcome for farmers and rural Ireland 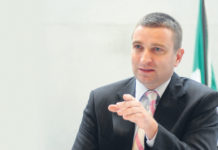