FORTY new jobs and a considerable investment are on the way for Shannon.

The investment, which will initially create 40 new jobs at the plant, is part of a wider program to enhance the Element Six production footprint globally to better serve customers and maintain Element Six’s market position.

It will involve a €25m capital investment and a relocation of an additional €20m of assets over two years at the Shannon site.

Once completed in 2015 the upgraded facility will offer an enhanced production capability, supplying a wide range of advanced industrial synthetic diamond abrasive materials for customers across the globe.

Over the next six months high pressure high temperature presses in conjunction with associated processing facilities will be installed in a new Advanced Materials Synthesis facility on the Shannon site. There will also be other incremental site upgrades made to further enhance the site’s production capacity and capabilities.

Element Six supermaterial solutions are used in applications such as cutting, grinding, drilling, shearing and polishing, while the extreme properties of synthetic diamond beyond hardness are already opening up new applications in a wide array of industries such as optics, water treatment, semiconductors and sensors. 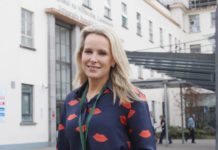 UL Hospitals Group in recruitment call for staff in all disciplines