TWO students from Gaelcholáiste Luimnigh have been selected for the Republic of Ireland under 16 women’s soccer squad, who will be in international competition in February.

Tara Mannix (Regional United) and Chloe Connelly (Nenagh AFC) received letters from the Football Association of Ireland to inform them of their call-up for the national squad.

Both girls are regarded as being extremely honest, hardworking and determined players, both on and off the field. The national panel selected 28 girls from 32 counties and Tara and Chloe are the sole representatives from Limerick and Tipperary.

The team will get preparations underway with a two-day camp and are due to compete in international competitions in February. 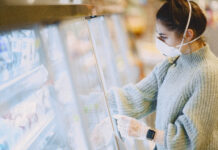