CHAMPION jockey Ruby Walsh jumped on board to give his support to Shannon Airport’s sponsorship of the Christmas festival, which takes place from December 26 to 29, describing the partnership as a real coup for Limerick Racecourse.
Up to 40,000 will attend the four day meet which boasts 28 races, €300,000 prize money and is set to be the biggest ever festival staged at Greenmount Park.
“It’s a great pleasure to help launch Shannon’s investment with Limerick Racecourse for the Christmas festival.  It’s a massive coup for racing to get a sponsor who has nothing to do with racing into the game, a brand new sponsor.  It’s great work by Limerick racecourse.
“Shannon Airport is an iconic airport.  It’s the last stop for Europe into America. It’s a gateway for a lot of people and it’s a massive relationship to have for Limerick racecourse and Shannon airport.”
Walsh said that the festival has a great track record of throwing up some outstanding performances and indicators for the mecca of national hunt racing, Cheltenham. “The Christmas racing calendar is quite busy. Everyone else is on holidays so racing is providing the entertainment and Limerick are lucky enough to host a couple of really good races.
“Last year Faugheen won a novice hurdle there before going on to win at the Cheltenham Festival and is currently favourite for the Cheltenham Hurdle. In previous years the Greenmount Novice Chase has produced some wonderful winners, including Sir Des Champs, and will be another hotly contested contest this year.
“The work they are doing [at Limerick Racecourse] is amazing. Last year they hosted a charity day for jockeys for John Thomas McNamara and all the investment and work they are putting into racing is incredible.  If more racecourses could be as proactive as Limerick, racing would be in a healthier place.”
With regard to his and Willie Mullins’ involvement at the festival, Walsh was giving little away except that they will have a strong presence: “Myself and Willie are having a really good run and have a huge team of horses. At this stage, what’s going to Limerick and what’s going to Leopardstown – who knows?  But we will be well represented in both places.”
Hospitality and tickets are flying out for the Shannon Airport Christmas Racing Festival in Limerick and limited availability is available on www.limerickraces.ie 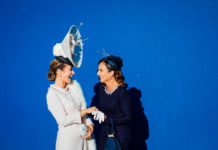