The Independent.ie Higher Education GAA Hurling Championships Weekend was launched this morning on the campus of the host venue, Limerick Institute of Technology.

The semi-final of the prestigious Independent.ie Fitzgibbon Cup will be hosted at the Moylsih campus on Friday 27th February (FINAL VENUE TBC – LIT/Gaelic Grounds) – 28th February) In addition, Limerick Institute of Technology. will also HOST the Independent.ie sponsored Ryan and Fergal Maher Cups, a total of six semi-finals on Friday and three finals on Saturday, as well as the Corn Padraig MacDiarmada final on the Friday of what promises to be fantastic weekend of Hurling.

Speaking at the launch Dr Maria Hinfelaar, President Limerick Institute of Technology said “I am delighted to host the Fitzgibbon Cup finals weekend this year. We have an excellent team at LIT, both on and off the pitch, to make the event a high profile success for all the participating teams, their back room staff, spectators and sponsors. I cannot wait until the end of February.”

Speaking on behalf of the competition’s new sponsor Ger Keville, Independent.ie Sports Editor said “Independent.ie is Ireland’s premier destination for sports, complete with up to date coverage and news of all competitions. As the major sponsor of the Fitzgibbon Cup we are excited to be able to provide even more coverage of such a prestigious competition, loved by Irish people.”

2015 sees the tenth anniversary of the Limerick’s Institutes first triumph in the competition (2005) and first hosting of the event, which is also the last year the Higher Education competition finals visited Shannonside.

The Fitzgibbon Cup was first competed for in 1912,. The first 30 years of Fitzgibbon were dominated by UCD and UCC, with UCG winning occasionally. QUB took part for the first time in 1946, and in the 1960s Trinity, the University of Ulster in Coleraine, and NUI Maynooth joined. In the late 1980s all the teams in Division 1 of the Higher Education League were admitted, and in the 1990s several new third level institutes became participants. The trophy, was first purchased in 1912 by Dr Edwin Fitzgibbon, Capuchin friar and a professor of philosophy in UCC, who donated most of his annual salary to purchase it.

The number of clubs competing rises to 15 this year with the inclusion of Maynooth University and Ulster University Jordanstown in the top tier. This year’s final will take place in the Gaelic Grounds at 7.30pm on Saturday February 28th and will be televised live on TG4.

Follow all the action from the Independent.ie HE GAA Championships including video previews and highlights on  www.youtube.com/HigherEdGAA match updates via @HigherEdGAA and GAA Higher Education on Facebook with fixtures, match reports and previews on www.Independent.ie and www.he.gaa.ie 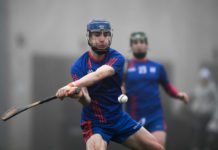 Mary I and UL to meet in Fitzgibbon Cup quarter finals 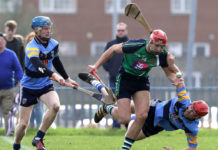 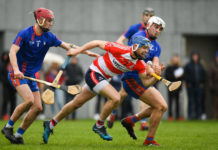 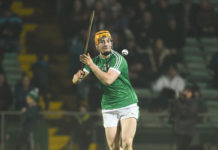