AT ABOUT 9pm Irish time this Saturday night, in a dressing room between the 20,000 capacity     Stade des Alpes, after Grenoble versus Montpelier has all been said and done, a phone will be produced from a kit bag and the result of Young Munster versus Cork Constitution will be checked before anything else.
The owner of that phone is former Munster, Gloucester and Bourgoin star, Mike Prendergast.
The scrum half turned coach has recently signed a contract extension at Grenoble which will see him stay in the south east of France until at least 2017. The former Young Munster director of rugby has enjoyed every minute of his time on the continent and has no regrets whatsoever.
“I have never looked back to be honest.
It has been an excellent move for me. It’s great from an experience point of view as it challenges you in every way, not just as a coach but even doing videos and such, you’re doing your videos in French, you get asked a French question or an English question, so for me it kind of focuses everything.”
With several players and indeed coaches looking to move away from the confines and comfort bubble of Irish rugby, Mike explains how his dream move came about.
“I was in Young Munster for four years and for the last two years of that I was coaching with Munster ‘A’. Young Munster was a great place to start, it gave me a very good grounding, both from a coaching point of view and a management one. I was also lucky to get a taste of professional rugby with Munster ‘A’”.
“Towards my last year with Young Munster, my fourth year, I wanted to make the jump into professional coaching. I knew Ireland was a closed shop as such. With only the four teams, there is only a certain amount of contracts, such as coaching role.
“At the time Bernard Jackman was a part time French coach who turned full time and word came from the club that they were potentially looking for a skills coach. The chairman had played in Cardiff and Bristol and was open to new ideas. Bernard did well when he went there, he met Andrew Farley, the captain who had played in Connacht and you could see he was open to foreigners coming in. I went over and did a couple of sessions with them and got chosen as the skills coach.”

It may all sound like a Utopian rise, but Prendergast had to work at not only being a professional  coach, but also at a new language.
“It was probably the best thing I could have done, stepping in to a new environment and a new language.  In the first  year I improved my French and made new relationships with the players. Around Christmas of my first year, the backs coach job came up. Bernard Jackman was offered the head coach job and wanted to bring me in as backs coach. Fortunately that worked out well too. It reminds me of being a player, sometimes you need lucky breaks, and for them to open and that was kind of how I got in. I talk to a lot of coaches in Ireland, they ring me up, and ask how you get into the professional set up. You really do need that bit of luck and good timing as well and if you get in and it works out and that’s how it comes about as such.”Analysis is the main stay of any modern coach and Prendergast is no different. The former Munster man took some advice from the current Irish coach Joe Schmidt who learned a lot during his spell at Clermont.
“I remember Joe Schmidt saying the best thing he ever did was coach in France. You’ve all sorts of players coming in from different backgrounds and nationalities, for example we’ve nine nationalities playing with us. There is  a lot of foreigners playing over there and it exposes you to different ideas, some are right, some are wrong, some you’ll pick up, others you won’t but from an experience point of view it’s very, very good.”
Mike may check Young Munster’s results every week, but more and more people in Ireland are beginning to check the Top14 results too for the Irish lead Grenoble. Something Mike is fully aware and grateful of.
“Players such as James Hart and Denis Coulson have made names for themselves here. James and Bernard are obviously held in high regard here. Bernard is on TV and such and he’s a very smart coach and to be fair to him, he’s always trying to better himself. To get the reaction we have, has been surprising  and it has grown over the last year or two”

With a sprinkling of Irish talent now at Grenoble, will the French clubs look to find the next James Hart and indeed Mike Prendergast on these shores once more?
“The Irish model is highly respected in France. I know in Stade Francais, they really fancy the Irish academy players. A lot of the players who have come over have been highly successful. France is a very big country, but they see all this going on. We also take in these players and these are very good and may have been lost to professional rugby and would have stayed in club rugby or maybe emigrated to Australia. From a player development point of view the IRFU is very much respected in France. With Munster’s hands tied on foreign players, Mike explains how the cash rich structure in France is all about winning today and not so much about tomorrow.
“The first problem for the French is that clubs there are owned by 353 partners  and about 250 sponsors. In France they don’t develop players that much anymore. They are  more interested in the good developed player. They are starting to develop a system that if you develop an academy player and he moves, you get compensation.”
Putting two and two together, Mike’s long term friendship with Paul O’Connell would make for a perfect move for the Munster legend to Grenoble when he finishes his career here. Mike is refusing to even ask O’Connell on that one. “We speak every week, but Paul knows what he wants to do more than I having an influence on him. Paul will have a decision to make over the next couple of weeks. I don’t think Paul knows yet what he is going to do? 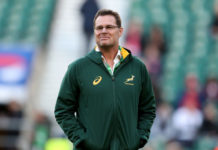 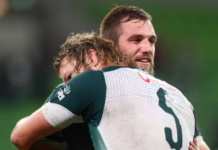 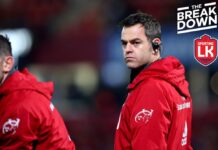 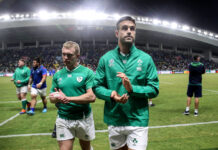 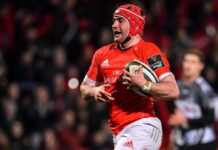