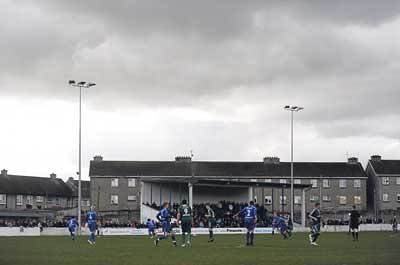 LIMERICK FC has confirmed that it has banned a group of 30 supporters from attending the club’s matches after what was viewed as “unacceptable behaviour” by the group in question.

It is understood that many members of this group were the subject of an angry verbal rebuke by Limerick FC chairman Pat O’Sullivan in a public house near Jackman Park on the day of the club’s opening league match at home to Bohemians.

The group, known as the Blue Army Loyalty Club (BALC), had formally sought an apology from Limerick FC, but this was not forthcoming and the club instead took the decision to ban the supporters in question from attending matches.

A statement on the official Limerick FC website read: “Limerick FC can confirm that a group consisting of 30 people have been informed that they are no longer welcome at our matches.

“The club has taken this action following what it views as unacceptable behaviour by this group. We are determined to build a family-friendly atmosphere at our games and such behaviour will not be tolerated.

“The club has received a number of complaints from supporters – many with young children – that stated their unwillingness to attend further games due to the above behaviour.

“We feel it is in everyone’s best interests to protect these supporters and create the type of atmosphere that reflects our position as a community and family-friendly club.

“Upon request, the club received a list of people from this group. We have advised the group that, should they wish to do so, individual representations can be made to the club’s Board to exonerate any wrongdoing.

“Already, the club has received notice from a number of the mentioned individuals wishing to disassociate themselves from the group, which we welcome.

“The club will be making no further comment on this issue. We are fully focused on Saturday’s league game against Longford Town at Jackman Park where we hope to see full encouragement and support for the team.”

Kevin Kiely of BALC is among the group of supporters who are “no longer welcome” and he spoke out against the actions of Limerick FC.

He explained: “The group were in the Imperial Bar before the opening game when the chairman entered. He proceeded to tell the lads in the group that they would be moved to a different section of the ground which in itself is no big deal.

“The problems started when one of the group questioned the chairman as to why they were being moved and he took off on a foul-mouthed rant towards loyal fans and paying customers of the club. He was effing and blinding at us.

“We said we’d go to the game that night as the team needed support, but after being treated with a total lack of respect by the club, we decided not to go back.

“We asked for an apology and the club got back to us to ask for the names of people who were in the pub at the time. We sent them the names and they then banned all of us from going to games.

“This is a group of fans which includes children and members of the Limerick Special Olympics soccer team.  Most of our lads have spent 10+ years following the club around the country spending huge amounts of time and money.

“The club told us a lie when they asked us for the names of the people in the pub. That was a trick they used to get the names so that they could ban us. We’re basically being stopped from supporting our football club.

“All we want is an apology. We’re not causing bother to anyone and we want to support the team. The team needs our support now more than ever.

“We aren’t asking for much but an apology for being humiliated in public for doing nothing more than wanting to support the club.” 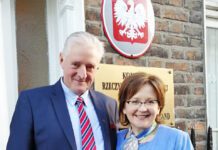 Brighten up the sky for Wiktor Chojecki