MUNSTER  ‘A’ Head Coach Mick O’Driscoll has named another strong side for tomorrow evening’s interprovincial against the Ulster Ravens at Banbridge, including no less than 14 senior representatives in the matchday squad. John Ryan and Stephen Archer start on either side of Niall Scannell in the front row with Donncha O’Callaghan and Donnacha Ryan completing an experienced tight five.

The back row remains in situ from the win over Connacht a fortnight ago with Paddy Butler, Sean Dougall and captain Jack O’Donoghue continuing at 6, 7 and 8.

JJ Hanrahan makes his second ‘A’ start in as many games and is joined by the returning Cathal Sheridan in the half-backs.  The scrum-half has not featured for the province since injuring his forearm in PRO12 action last November.  Sheridan came through an appearance for UL Bohemians last weekend unscathed to take his place alongside his club mate Hanrahan.

Academy star Rory Scannell teams up with Ivan Dineen in the midfield while full-back Johne Murphy comes in to join Luke O’Dea and Andrew Conway in the back three.

The bench sees the academy’s Niall Horan, Shannon’s Kelvin Browne and Young Munster’s Luke O’Halloran feature in an ‘A’ side for the first time this season. 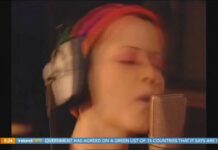 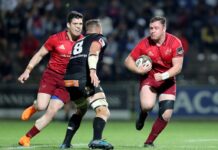 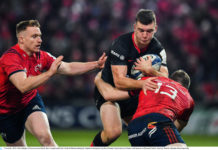