STILL without a win after seven league games, Limerick FC manager Martin Russell is calling on his team to be “ruthless” in their upcoming fixtures.
The Super Blues travel to Eamonn Deacy Park to face fellow strugglers Galway United on Friday before hosting Derry City at Jackman Park on Monday (both 7:45pm kick-offs).
Limerick fell to the bottom of the table after last Saturday’s 4-0 defeat at Bray Wanderers, with all of the goals coming in the second half.
Russell felt that the final score wasn’t indicative of the match overall, but he is aware that Limerick needed to be more secure defensively and clinical in attack.
He said: “It was a big knock and we came away from the game with massive frustration. People will look at the scoreline and say it was an easy win for Bray but I think we had three times as many corners as they had and we’ve missed as many, if not more, chances as they had.
“We need to be more ruthless both in defending and in taking our chances. They’re the key ends of the game that usually define who wins and who loses, so that’s what we’ll look to achieve.
“There’s opportunities from now to the end of the season to get points and not losing points to the teams around you is a key thing in any league. That’s why the Galway game is another important game. It’s an opportunity to get some points.”
Limerick’s under 19s marched on to the semi-finals of the Champions Knockout Phase after defeating Shelbourne on penalties at Hogan Park last Sunday.
Tommy Barrett’s young charges are back at the Rathbane venue this Sunday at 3pm to take on St Patrick’s Athletic.
Before then, Republic of Ireland’s under 15 side face their counterparts from Netherlands at Pike Rovers on Thursday 16 at noon. It is their second meeting this week, having also played one another at Janesboro on Tuesday. 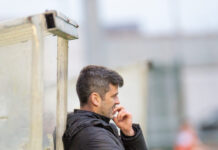 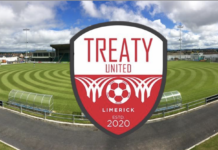