LIMERICK manager Martin Russell says his players have “regrouped” and are “eager for the game to come” as they prepare for tonight’s visit of Derry City to Jackman Park for another important SSE Airtricity League Premier Division clash (kick-off 7.45pm).

The Shannonsiders continue their search for a first win of the season in their ninth outing, with just three points – through draws against Longford Town, Drogheda United and Dundalk – on the board.

Their last two outings have been on the road, where they suffered costly defeats by Bray Wanderers last weekend and Galway United on Friday, which leave them three points adrift at the bottom of the table.

The squad returned to training on Sunday afternoon at the University of Limerick, and Russell says it is now about “looking forward to the next opportunity”, against seventh-placed Derry.

“We’ve regrouped after the Galway game in preparation for the big one against Derry and most of the players again are fit and ready to go,” Russell told LimerickFC.ie.

“We’re eager for the game to come. Now, it’s looking forward to the next opportunity which comes at Jackman on Monday night. It’s a case of putting our best performance in and hopefully it will be good enough.

“Everybody is okay. Colm Murphy has got a swollen ankle so he has been affected by another injury, but the rest of the squad that was there on Friday night should be okay.

“We’re always confident but we realise again that the league is that competitive that nobody has just got a right to turn up. We’ve got to earn the win. We’ve got to concentrate first and foremost on putting on a performance that gives us the best chance and we’ll be giving it a go again.”

Last season, the points were shared in the three meetings which produced a win each and a draw.

Limerick took four points from The Brandywell – winning there for the very first time in their last encounter in October. On Derry’s only visit to Shannonside, in August, the Candystripes won 4-0 at Thomond Park.

Derry, who have nine points, have not scored in their last three games – losing 3-0 at Cork City before back-to-back scoreless draws at home to Shamrock Rovers and Bray. Their last win came at home to Drogheda, 3-0, on 27 March.

Team News: Captain Shane Duggan (hamstring) could be in line for a return to the starting lineup having come off the bench in Galway on Friday. Fellow midfielder Shane Tracy prepares for his first home appearance since re-signing last week.

Left-back Colm Murphy (ankle) is absent, while 17-year-old centre-half Paudie O’Connor is unlikely to feature having played the full Under-19 League semi-final against Saint Patrick’s Athletic, which ended in a harsh 3-0 loss at Hogan Park on Sunday.

Officials: Referee for Monday’s game is Derek Tomney, his assistants are Dermot Broughton and Darren Carey while the fourth official is Rob Hennessey. 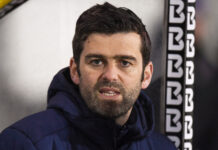 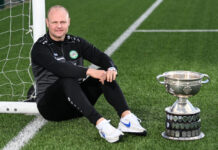 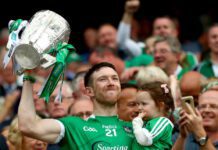