KARL Sheppard’s header midway through the first half was enough to give Cork City all three points against Limerick FC in a drab Munster derby at Jackman Park on Saturday evening.

The win pushed Cork to within four points of leaders Dundalk, but Limerick’s day was made all the worse after Bray Wanderers’ surprise win over St Patrick’s Athletic left the Super Blues five points adrift at the bottom.

The visitors had their first chance of the game as early as the third minute when Robbie Williams lost possession just outside his own penalty area and Liam Miller latched onto it, his shot blocked by Limerick goalkeeper Conor O’Donnell.

That was the only sight of goal for either team in the opening 20 minutes, with the home side matching their fancied opponents up to that point.

Then, in the 22nd minute, Billy Dennehy’s cross from the right picked out Sheppard at the back post and the former Reading striker looped his header into the Limerick net to put the Leesiders in front.

The home side’s most meaningful first half effort came after 27 minutes when Darragh Rainsford dragged his shot wide from 20 yards and Cork almost doubled their lead shortly before half-time.

Colin Healy sent a diagonal ball into the Limerick penalty area and O’Donnell, who came to punch it clear, didn’t connect. It dropped for Gavan Holohan, whose shot was cleared off the line by Jason Hughes. The former Ballynanty Rovers man, filling in at right-back, was forced off just before the interval through injury, with Tony Whitehead entering the fray.

Limerick made a decent start to the second half and Dean Clarke, fresh from his first league goal at Bohemians a week ago, drew a fine save from Cork netminder Mark McNulty just two minutes after the restart.

In the 63rd minute, Shane Tracy’s free kick was blocked by the Cork wall, but the ball was then met by Shane Duggan, who lashed it from distance and brought another good save out of McNulty.

The visitors were so nearly gifted a cheap second goal with 20 minutes remaining after O’Donnell raced out of his goal and missed the ball, allowing Mark O’Sullivan to round him. However, the Cork striker fluffed his finish and Limerick were let off the hook.

Once again the Super Blues were not found wanting for effort but endeavoured without truly looking like making the breakthrough. Their only half-chance in the closing stages fell to Ian Turner in stoppage time, the ex-Cork City midfielder volleying wide from close range.

Limerick might not be too sorry to see the back of Jackman Park, where they haven’t won in seven attempts this season, but before the sentimental return to Markets Field on June 5, they face vital clashes away to Longford Town in the league and a cup visit to Bray. 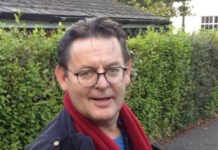