A BELOVED family pet missing from his home in County Limerick since last week was last sighted 40kms away from where he ran off.

Bertie, a seven-year-old Collie, jumped into a van on his owner John Hogan’s farm in Ballyneety last Friday without the van driver’s knowledge. The driver didn’t open the van until this Tuesday morning in Doon, after the Bank Holiday weekend, where the dog jumped out and ran away.

Bertie was later spotted in Knockainey, 40kms away.

“It’s a wonder he was alive after spending that long without food or water,” Mr Hogan told the Limerick Post.

According to the pet’s owner, Bertie is neutered, friendly and has a very good temperament.

“I would imagine after spending the weekend in a van though that he might be very timid and worried to approach people. We reckon he’s just running until he sees someplace familiar,” said John.

Bertie has since been seen in Kilmallock and most recently in Effin at 9pm last night. 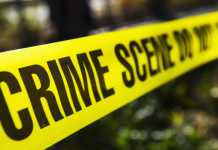