THE LIMERICK senior hurling management have named their starting 15 for this Sunday’s Munster hurling semi final with Tipperary. (Throw in at 4pm in the Gaelic Grounds)

The side shows one change from the Clare game, with David Breen replacing Paul Browne in the half forward line.

Pre-game injury doubt Paul Browne will miss the game having suffered a shoulder injury. The side also sees Cian Lynch moved to Corner forward, with captain Donal O’Grady starting at number 10. Gavin O’Mahony starts at centre back, with Seanie O’Brien preferred once more at wing back to Wayne Mc Namara.

Meanwhile Tipperary Senior Hurling manager Eamon O’Shea has announced his side, with some welcome news for Tipperary supporters with the inclusion of John O’Dwyer at top of the right following a recent injury scare. James Barry also makes his return to the heart of the defence following his own injury battle.

In all eleven of the side that started last year’s All Ireland Final replay return to championship action as Tipperary, last into Munster Hurling Championship action, commence their campaign.

The team then lines out as follows; 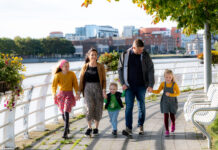