A TIPPERARY councillor says he has been “inundated” with calls from fishermen and other lake users recently as they cannot get their boats onto Lough Derg due to a dramatic fall in water levels.

Cllr Séamie Morris (SF) has called on the ESB to explain why the water levels have dropped in recent weeks.

“Fishermen and other users of the lake are calling me to say they can’t get their boats out because the water level is so low. The level has been dropped by 1.5 feet in the last month. That means even the smallest of boats are in trouble when they want to get out.

“There hasn’t been a dry spell, so it’s obvious that the water level is changing artificially. Recently there has been a very noticeable increase in monitoring activity on the lake, with survey buoys put in place. The rapidity of the recent drop in levels has caused suspicion that this is a simulation of a drought, such as will occur when Irish Water extracts water from the lake,” he said.

“Lough Derg isn’t a bottomless pit of water, and it will be destroyed if Irish Water start piping it up to Dublin to leak into the ground up there.”

Cllr Morris is encouraging all lake users to join the campaign to stop the proposed extraction of water from Lough Derg to supply the greater Dublin area and warned that “once Dublin city turns on the taps they will suck the lake dry”.

A spokesperson for ESB told the Limerick Post: “The ESB lowered water levels in Lough Derg at a time when essential maintenance works were being undertaken on infrastructure on the Lower Shannon and high rainfall was forecast. The level to which the lake was lowered was within the normal operating range. These maintenance works are now complete and the level in Lough Derg has subsequently risen.”

The spokesperson added that due to three separate maintenance events taking place simultaneously, “ESB’s normal capacity for dealing with flows on the Shannon was curtailed. In order to account for this and to allow the work to be carried out safely, the level in Lough Derg was lowered to make as much storage available as possible”.

Meanwhile, environmental group the River Shannon Protection Alliance (RSPA) has pledged to pursue its objection to Irish Water’s proposal to pump up to 350 million litres of water a day from Lough Derg to Dublin “at every level necessary”.

The group believes that the project should be “abandoned immediately in favour of the viable supply options available to Dublin’s needs, beginning with aggressive leakage repair” and says that it is “deeply flawed and completely unjustifiable”. 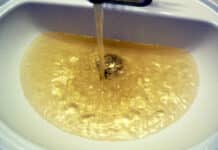