SOME 1,000 students attended the University of Limerick student counselling service over the 2014-2015 academic year, including a large number of high risk cases involving students who are suicidal.

Head of counselling at UL, Dr Declan Aherne, says the number has been increasing steadily year-on-year and that it is time for the HSE to provide funding for third level mental health services.

The Irish Association of University and College Counsellors (IAUCC) this week revealed that there has been an increase of 300 per cent in the number of students attending on-campus counselling services in the last eight years.

“It poses a challenge in that we’re running with a long waiting list and you have to make the call on which cases to prioritise. We would see a lot of students who are high risk, who are suicidal, that is fairly common,” explained Dr Aherne.

Nationally, more than 10,000 students attended campus counselling services in the last year, compared with 3,863 in the 2007/2008 academic year.

Dr Aherne believes that due to the level of demand for on-campus mental health services, it’s time for the HSE to step in and provide funding to adequately resource them.

He told the Limerick Post: “The problem is you’ve got the HEA (Higher Education Authority) and the HSE, and the mental health services on campus are stuck in the middle. The HEA say that mental health isn’t really their job.

“These services are already in place, they’re community-based services that would require very little investment from the HSE. The HSE really needs to come on board with funding to look after the needs of students. It’s not like it’s going to cost huge money.” 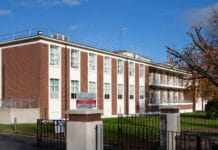