LIMERICK city recorded one of the highest rates of self-harm in the country, according to a report from the National Suicide Research Foundation (NSRF).

The NRSF report found that there was a 44 per cent increase in the rate of self-harm among boys aged ten to 14 and that areas associated with deprivation and disadvantage have higher rates of self-harm.

Limerick city also had one of the highest rates of suicide in Ireland, according to provisional figures for 2013 and 2014. 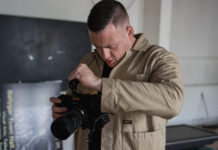