THE magic of Christmas will descend on the streets of Limerick City later next week when the Christmas lights are officially switched on at Bedford Row.
Santa Claus will perform the official switch-on at 4.30pm during a fun-filled event on Sunday, November 15.
‘Light Up Limerick’ is being organised by Limerick City and County Council, in association with Limerick Chamber of Commerce
Snow falling over those gathered beneath the Christmas tree will herald the start of what local businesses hope will be a busy Christmas shopping period while street entertainment and an outside broadcast by Live 95FM will add to the festive atmosphere.
A comprehensive programme of events is currently being prepared and will be launched on www.limerick.ie/christmas later
Among the key events taking place this year is ‘Celebrating Christmas in Limerick – The City of Fashion’ during November. Hosted by Celia Holman-Lee, the initiative will feature a Christmas window competition, Limerick Design & Craft Hub mini fashion show, style demonstrations and mini fashion roadshows.
Other elements of this year’s ‘Christmas In Limerick’ programme include ‘Limerick on Ice’ at Arthur’s Quay Park from late November, the ‘Medieval Christmas Experience’ at King John’s Castle in December, the Christmas Racing Festival at Limerick Racecourse, festive-themed illuminations, musical entertainment each Saturday, live music and comedy performances, Christmas carol concerts, pantos, kiddies workshops, theatre, and festive food events such as the annual Christmas Markets.
The Mayor of the City and County of Limerick, Cllr. Liam Galvin complimented the partnership approach adopted by Limerick City and County Council and the local business community in making Limerick an “attractive shopping and visitor destination” in the weeks leading up to Christmas.
“The impressive Christmas lighting display, decorated shop fronts and the exciting Christmas programme of events will combine to create a wonderful festive atmosphere and enhance the overall shopping experience throughout the City Centre. We hope that the wonderful array of activities ongoing throughout the city in the run up to Christmas will also encourage people from around Ireland to consider short breaks in the city,” said Mayor Galvin.
‘Light Up Limerick’ begins from 4pm on Sunday, November 15. 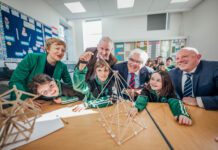 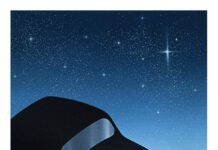 Driving Home For Christmas: ICO and Johnny Logan have a Christmas hit 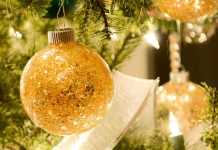