ROUND nine signals the half way point in this season’s All Ireland league. Limerick’s seven senior clubs will do battle in the league for the last time in 2015, knowing that a reverse fixture list awaits them in 2016.
The tie of the weekend, from a Limerick point of view, is in Division 2C, where Old Crescent will entertain Bruff on Friday night in Rosbrien. This tie, which is sure to attract a huge crowd, will see first taking on third in a top of the table clash.
In Division 1A, Garryowen travel to Clontarf on Saturday. The light blues were at full strength last weekend, yet failed to defeat a strong UCD side. Paul Neville’s side will be looking to secure a win over second placed ’Tarf on Saturday.
In the same Division, Young Munster, fresh from their win away in Terenure last weekend, will fancy their chances at home against Galwegians. With David Corkery’s men in fifth spot, they are very much favourites for a clash with ninth placed ’Wegians.
In Divison 1B, the form side in the league, Shannon, will travel to Trinity this Saturday. In what could be a high scoring affair, Marcus Horan’s men are now on such a role, that automatic promotion is their target for 2016.
In the same Divison, UL Bohemians have a must win home tie with Buccaneers this Saturday. Gearoid Prendergast’s men were unlucky away in Ballymena last weekend, however time is running out for the ’Robins awho sit second from bottom.
Finally, in Division 2A, UCC will host Thomond on Saturday. The men from Limerick are also ninth in their division and know that a win over fourth placed UCC would see them enjoy the Christmas season a little more. 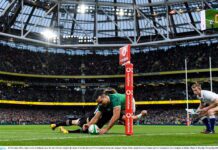 Omissions and Inclusions, an in depth look Andy Farrell’s Ireland squad for the Six Nations 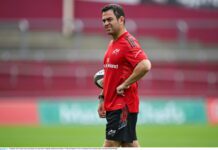 Talking Points | Munster’s set up for Wasps, life after Van Graan and call ups to National Squad for Six Nations 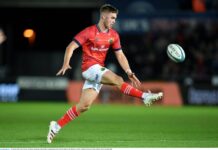 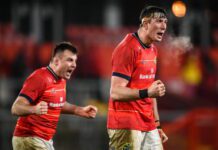 Talking Points | Youth shines through, indiscipline and Castres on the horizon as Munster refocus for Europe after Ulster win 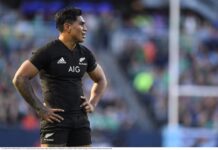 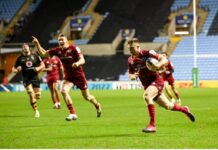