ALLIANZ Ireland today announced the renewal of its support of communities across Ireland through a five year extension of its sponsorship of the Allianz Football and Hurling Leagues. Spanning 28 years and encompassing the 2020 season, Allianz’ renewed commitment to the competition makes the Insurance provider one of the longest standing supporters of Gaelic Games.

In addition to its sponsorship of the Allianz Leagues, and since 1993, Allianz has facilitated and enabled school children across all 32 counties to play Gaelic Games through its patronage of Allianz Cumann na mBunscol, the largest primary education sporting organisation in Ireland.

“Allianz, now employs over 1,500 people in Ireland and after 126 years, it is almost as old as the GAA. Heritage is as important to us as it is to the GAA and it’s one of the many reasons why the fit between Allianz and the GAA is so natural.

Like the GAA, we are very proud of our heritage but also recognise that to continue doing business in the years to come we also need to focus on a strong ‘Renewal Agenda’ where we must constantly evolve, change where necessary and renew ourselves if we are to meet our customer’s requirements and deliver on our promises to them.

It is my great pleasure to announce that building on our 23 years as title sponsor of the Allianz Leagues we are renewing our commitment for another 5 years and until 2020.”

“It is difficult to over estimate the importance of our Allianz Leagues and the support of Allianz in bringing them to the widest audience possible. The months of February, March and April represent the busiest period in the GAA inter-county calendar and the competitions provide all of our counties with something real and tangible to aspire to.

Our association with Allianz is a long one – one of the longest in Irish sport – and it has been mutually beneficial. I would like to acknowledge the unwavering support of Brendan Murphy and Damien O’Neill and their team for our games – games that reach every county in both codes – and we look forward to working with them into the future.”

·         Allianz League form leads to Championship success –  The following are the counties that  won League and All-Ireland titles in the same year: 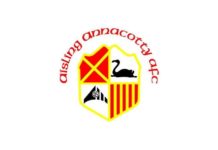 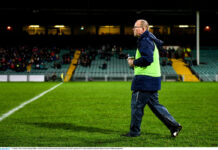