A MAN who was serving a sentence in Limerick Prison for killing a man in 2010, died in his prison cell as a result of ingesting a cocktail of heroin, methadone and sedatives, his inquest heard this Tuesday.

Jason Morrissey (25) from Toomevara, Co Tipperary, who had 85 previous convictions and was on bail at the time, killed James Tynan with a single punch in an unprovoked attack outside a nightclub in Thurles nightclub.

He was convicted of manslaughter in 2012 and jailed for 18 years.

In the early hours of December 27, 2014, he was found lying on his bed with no signs of life and with a frothy substance coming from his mouth.

Prison officer Tim Ryan told the inquest that at 3:55am, he opened the spy hole of Mr Morrissey’s cell and saw him lying on his back with no sign of breathing. Assistant Chief Officer (ACO) Aidan O’Mahony was immediately contacted as the cells were double locked for the night and weren’t due to be reopened until 6:30am.

When he entered the cell less than five minutes later, ACO O’Mahony began CPR on Mr Morrissey and instructed other officers to contact ambulance services and the medical nurse on duty in the prison.

In accordance with prison procedure, Mr Morrissey was checked every hour before he was found unresponsive by Officer Ryan but ACO O’Mahony said that prisoners could have been checked up to 16 times during the lockdown period.

All checks were logged and the Inspector of Prisons, Judge Michael Reilly, carried out an investigation into the incident and found no issue.

Prison nurse Sean Carey said he arrived at Mr Morrissey’s cell at 4am and immediately started chest compressions and continued for 20 minutes. Emergency Medical Technicians from the National Ambulance Service continued working on him for another 20 minutes before he died.

Toxicology tests revealed that he had ingested four different types of drugs including heroin, methadone and two different types of sedatives. The individual doses were low but their combination would have been fatal. A urine test showed that Jason Morrissey took heroin in his prison cell hours before his death.

Death was due to aspiration of vomit secondary to the ingestion of four different types of drugs.

Barry Ward BL, on behalf of the Irish Prison Service said that the three recommendations in the report carried out by the Inspector of Prisons were fully complied with at Limerick Prison.

The jury returned a verdict of death by misadventure and in accordance with the medical evidence. 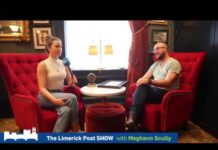 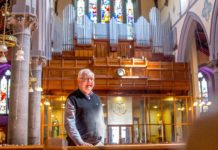 City and Soul: Reaching out for the Reds