With the Ulster Bank calculating that €836 is spent on the average First Communion day, Simon Bourke wonders where we should draw the line on such conspicuous consumption.

THEY all tried it.

Whether through a misplaced duty to the Almighty or a hapless attempt to impress the neighbours, they sent us out the door on a Sunday morning and told us not to come back until we’d heard the gospel according to either Matthew, Mark, Luke or John.

It mattered not that they hadn’t set foot inside a church since your Uncle Donal’s wedding four years previous, you were to be a church-going child and that was that.

A few Saturday nights on the cider put paid to their plans. As they snored their way towards midday, you lay motionless in your bed, afraid to rise lest they stir. When they did emerge, all groggy and grumpy, you played dumb, “Mass? Oh, is that today?” And that was the end of it. Your Sunday mornings were, once more, your own.

You would be a pagan, just like everyone else in the family.

But they would eventually get their day in the sun – or rather, you would.

On this day, there would be no corralling stubborn children out the door, no huffing and hawing as you declared yourself a Protestant, a Jew or whatever faith didn’t involve Sunday mornings spent inside a church.

No, on this day, you would be a willing participant; after all, what was a few hours in thrall to God when there was money to be made? You’d have sat inside that church, wearing those clothes, for days on end if the rewards were all they said they were.

Oh yes, you played along with the narrative, tried to look as holy as possible whenever someone likely to give you money asked whether you were looking forward to receiving the sacrament, but it was all a sham.

It was about the money, and the money alone, about making as much of it as possible and then disappearing from the Lord’s grasp until your Confirmation a few years later.

I can’t remember how much I ‘made’ for my First Holy Communion, all I know is that it was in punts and barely exceeded three figures. But, by the standards of the day, that was probably a decent haul.

Today? I’d be laughed at, made the pariah of the playground, told not to return until I’d found an extended family capable of understanding the magnitude of the occasion. €800, that’s more like it, that’s the kind of figure which affords a seven-year old a bit of credibility.

And that’s how much money 22 per cent of Irish children got for making their First Holy Communion in 2016.

Not for them enough money to buy a few sweets, a bike, or a Barcelona jersey with Messi on the back. No, their ascension to God’s kingdom was marked with enough cash to lay down a deposit on one of the few remaining rental properties on daft.ie

On average, Irish children received €546 for their big day in 2016, not quite enough to secure that bedsit in Dublin City centre but still enough for a new flat-screen TV to watch the Euros on.

But the spending didn’t stop there.

Kindly relatives and family friends may be shocked to learn that €20, stuffed inside a hastily-bought card, no longer suffices, but spare a thought for the parents. €836 per child. That’s how much it costs to send your little one up for a bit of wafer nowadays.

Where does it all go?

Well, there’s the clothes obviously. The going rate for a little white frock or a tiny grey suit nowadays? €176 apparently. And it’s not just the holy child who has to look their best, there’s the rest of the family to consider too. €212 should ensure that Mammy, Daddy and any siblings coming along for the ride, get some new threads for the day that’s in it.

Everyone looking their best? Yes? Right, let’s focus on the party, the meal, the food, because that wafer, regardless of its otherworldy powers, isn’t going to fill anyone.

€370 was spent on food and drink by the parents of all of those lovely little angels in 2016.

Whether this was used to treat the family to a three-course meal at the local carvery or squandered on cocktail sausages and chicken goujons is unclear, but, given the figures quoted elsewhere, it should be considered a relatively reasonable expenditure.

Less reasonable is the €149 spent on children’s entertainment.

Entertainment? They’re just after getting €800, what more entertainment do they want?! Although given that a third of them aren’t allowed to spend any of their earnings, they do deserve at least a smidgen of our sympathy.

Amidst all this spending, the irony is that, as a nation, we are as far removed from the Catholic church than we have ever been.

The gap that developed in the wake of numerous sex scandals has become a chasm. Trust is at an all-time low, priests, once pillars of the community, are now remote figures, cast to the margins, forgotten and irrelevant. Yet, despite this widespread apathy to all things religious, we partake in its traditions more fervently than ever. We are one of the world’s biggest spenders during the Christmas festivities, Irish weddings rival royal unions for extravagance.

And, try as we may, we can’t blame the children.

We’ll say it’s for their benefit, argue that a Communion without a bouncy castle is no Communion at all, but the reality is that it is we, the adults, the parents, who are responsible for these theatres of vulgarity.

As Irish people, it’s in our DNA to enjoy a party, a session, a good oul’ knees-up. They brighten the mood, give us something to look forward. But if the last few years have taught us anything, if all that austerity, insolvency and frugality has left us with one salient message, it is that a line has to be drawn somewhere, for all our sake’s. 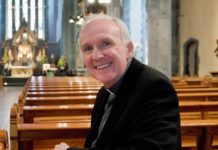 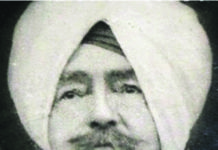 The Limerick man at the centre of Sikhism 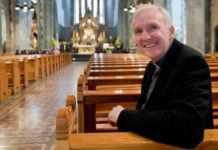 Bishop sees glimmer of light on a dark horizon