Home Entertainment Music August Wells are back in town

CORK based record label FIFA Records is set to release the second album (‘Madness Is the Mercy’) from August Wells in September. The duo is on an Irish tour taking in venues and festivals (Indiependence and KnockanStockan) over the next few weeks.

August Wells are Ken Griffin (Rollerskate Skinny, Kid Silver and Favourite Sons) with New York pianist John Rauchenberger. Together they make an other worldly chamber music, think Sinatra singing Lou Reed songs. Their single ‘Come On in Out of That Night’ is a fine example of Griffin’s song writing and  warm timbre.

New York city is Kenneth’s base for over a decade. And it is here that he met Irish/German pianist John Rauchenberger.

“John and I met through friends, he has a house very near my apartment. When we played together we realised we didn’t have to talk very much to each other!”

The restrained, understated approach to the music August Wells make is very much in contrast with the sound associated with Griffin’s previous musical endeavours such as the underrated shoe-gazers Rollerskate Skinny.

Their song ‘Speed to my Side’ from 1995 is one of Irish music’s lost classics.

“It takes a long time to develop a relationship with silence. I think artists tend to move towards the more minimal approach over the years. There are no drums on the album so it has that almost coming apart feeling, that it is not going to hold together but it does. I like that sort of feeling in the music.”

New York remains an inspiration in Kenneth’s music and the pared back approach of August Wells is winning the duo a new generation of listeners.

He wryly comments, “There is a very active illusion here that it is the centre of the universe. It keeps people trapped here in a weird way. It is a great city to write in. You can pretty much keep yourself stimulated for the whole day and night here.”

There is no chance of a Rollerskate Skinny reunion anytime and a reissue of their classic album ‘Horse Drawn Wishes’ is also unlikely as the back catalogue is, Ken states, out of his hands.

“I could spend a few months getting on top of it all but I kinda like to move forward.”

That said though, an Irish made film called ‘Dare To Be Wild’ due for release in September features ‘Speed to my Side’ by Rollerskate Skinny in the film’s pivotal scene.

The romantic adventure is written and directed by Vivienne DeCourcy.

So we might just be hearing a whole lot more of ‘Speed to my Side’ again in the coming months. 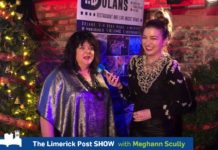 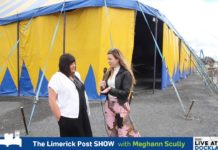 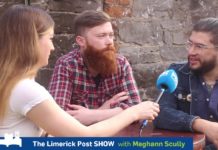 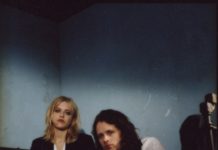 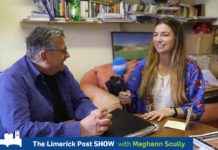 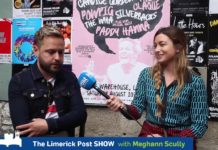